With a surname to reckon with and a legacy to live up to, Karan Johar fondly called this Kapoor lad a quintessential filmi baccha and a bonafide star in his introduction on Koffee With Karan Season 5. His robust frame may be intimidating but the always affable Arjun Kapoor easily wins hearts with his relatable style game. Following an impressionable big debut in Ishaqzaade, Arjun regaled us with memorable roles in 2 States, Half Girlfriend and Mubarakan. Its commendable how Arjun with a strong muscular built and an easy smile that lights up his face has made a stunning and striking transformation from being a chubby kid to a dapper dude. Arjun lives by the sartorial mantra of being comfortable but keeping the experimental streak alive with a heady mix of contemporary designs featuring regularly in his fashion arsenal. Hence, he seamlessly flits from being uber-casual in the basic tee-denim combination to those perfectly tailored suits and neo-Indian creations. He has teamed up with his BFF and feted fashion designer/stylist Kunal Rawal for his IIFA 2018 fashion tidings. He ringed in a monochromatic affair, keeping it super simple but super dapper.

Arjun Kapoor has from time to time, given us a glimpse of his evolving style sensibilities at a time when most of his contemporaries were novices to the nascent scene of men’s fashion in tinsel town. Arjun’s conventional sense of style has traversed a long way to assuming modish vibes, redefining sleek and suave. Performing for the IIFA 2018 festivities, Arjun Kapoor took the signature green carpet with his sharp style. Here is a closer look at his style. 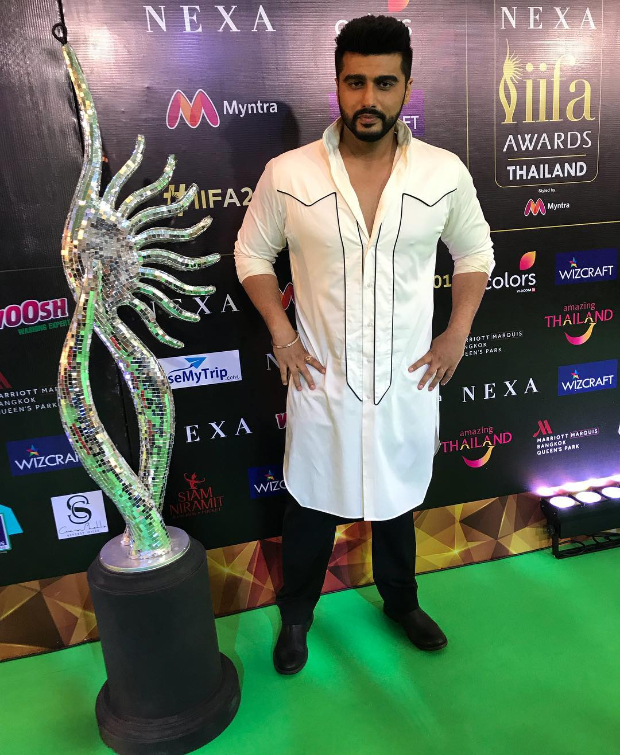 Arjun pulled off a white longline kurta shirt with fitted pants and shoes. A kada and smile accompanied the monochromatic look. 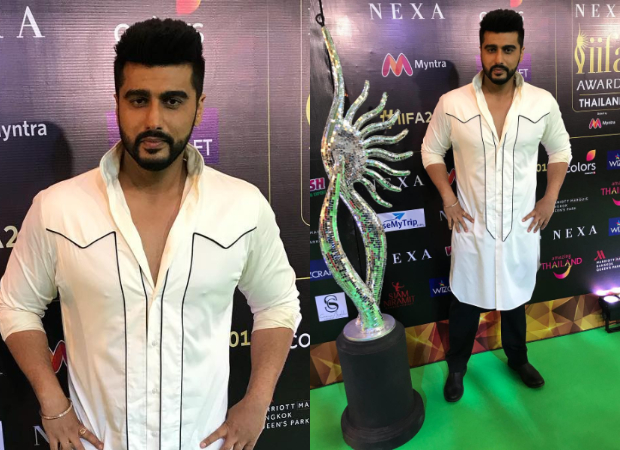 Playing a Punjabi character in Vipul Shah’s Namaste England, Arjun will reunite with his former co-star Parineeti Chopra. This green carpet style looks totally an extension of his on-screen role and we love what we see. Keeping up with the while relaxed vibe of the musical night at IIFA Rocks, Arjun channels the monochrome to the hilt.

Also Read: Arjun Kapoor is very happy for sister Janhvi Kapoor as she gears up for her debut with Dhadak

On the professional front, Arjun will be seen in Dibakar Banerjee’s Sandeep Aur Pinky Faraar scheduled for a release on 1 March 2019. He will also be seen in Ashutosh Gowarikar’s Panipat with Sanjay Dutt and Kriti Sanon.