The Kapoor family is still trying to deal with the untimely passing of their beloved family member, Sridevi. Janhvi Kapoor, Khushi Kapoor and Boney Kapoor remember her in every way possible. But, Boney's kids Arjun Kapoor and Anshula Kapoor have stood by their half-sisters and father and continue to be their support systems. As Sridevi’s eldest daughter Janhvi Kapoor’s debut film Dhadak will be out next month, the family including Arjun Kapoor is completely supporting her. 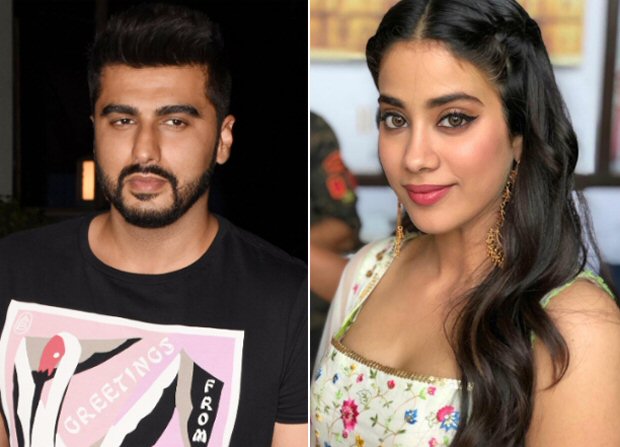 As Janhvi Kapoor has begun the promotions of her debut film Dhadak, she is receiving all the support from her family. Arjun Kapoor, who she calls 'Arjun Bhaiyya', has been showering her with love. At the recent wrap up party of Namaste England, Arjun talked about Dhadak and Janhvi's work. "Ishaan Khatter was superb in Beyond the Clouds and I am hoping the audience will give the same amount of appreciation and love to Janhvi as they have given to all other members of our family. Ishaan and Janhvi are really in good hands so, I hope everything will be good with them and rest depends on the audience,” he said.

Speaking about Janhvi, he added, "I am very happy for her. I know how important for debutantes to have the right team behind them. Many new faces are launched every year, but the presentation of Dhadak feels good. Shashank (Khaitan) is a great director and Ishaan (Khatter) is superb. Based on the trailer, it looks like they have all worked very hard. I hope Jhanvi gets the same love that all the rest of our family members have got."

During the trailer launch earlier this month, Arjun Kapoor penned beautiful words for Janhvi Kapoor who is entering this new world of cinema with Dhadak. The heartfelt post read, “Tomorrow you will be part of the audience forever @janhvikapoor cause your trailer comes out… Firstly, sorry I’m not there in Mumbai but I’m by your side don’t worry, I just wanted you to know this profession is amazing if you work hard, be honest, learn to take the accolades with the brickbats, respect opinions, yet follow ur own path & instinct. It’s not gonna be easy but I know your are ready for all the madness that will ensue. All the best for #dhadak! I’m certain my friends @shashankkhaitan & @karanjohar have presented you & @ishaan95 as the modern Romeo & Juliet with elan !!!”