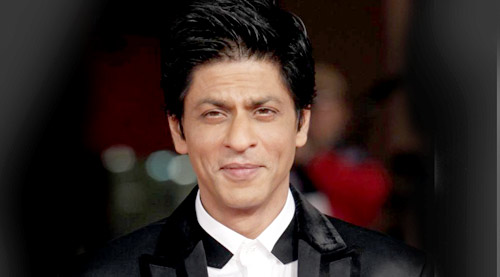 Happy New Year has done quite well, even though majority of critics dismissed it, the film found good audience for itself after two weeks. With family

audiences giving the film a thumbs up, Happy New Year has also turned out to be yet another film after Chennai Express to become successful for Shah Rukh

The man speaks about what makes his film big and how figures like 100-200-300 crore need to be looked at in context of cost of making, and not the box office outcome.

Was it always a given that Happy New Year had to be your biggest ever, in terms of mounting, scale and costing?
It didn't start with the concept that it had to be the biggest. Certain stories lend to such a scale. Individually it is a very simple story but then a heist film is always shot on a big scale

with chases, action and a lot of formula. Similarly a dance film with even a medium setting, say that of a Step Up, needs to be shot on a scale. A dance championship has to be

big, unless it in a film like Rab Ne Bana Di Jodi which is a story about a small town dance competition with a Bhatinda-Amritsar backdrop. That was a smaller area, it was not

And Happy New Year takes one to world dance championship all the way to Dubai.
Exactly, so it had to be the biggest. Even if you see these reality dance shows on Indian television, they are big and grand. A film like Rockstar has thousands of people during the

performances. So when heist and dance come together, it has to be on a grand scale.

I believe Happy New Year is the first ever Hindi film to have married heist and dance genres, and has also turned out to be a good success due to this novelty factor.
See, in Indian context, even as a standalone genre not many heist films have done well. In fact Don too is not a heist film; it is a story about a guy who is just bad. I believe heist is

a cool area to go into. Yes, the beauty of Happy New Year has always been that the two genres have been now brought together. For example, The Full Monty and

Oceans Eleven are chalk and cheese. However when you bring them together, it is quite a trip. This is what Happy New Year was set at. So you can't make a film at that

kind of scale and expect it to be niche; it has to appeal to everyone, which thankfully has been the case now.

Along with the genre comes the content. There must have

been quite a few conversations between you and Farah to make it pucca.
There is nothing like pucca. There would always be improvisations. Farah (Khan) and Mayur (Puri) put it all on paper and 99% of it was brought on screen. Now since I have worked

much, I could contribute a little as well. Why just me, even the other five actors came together with their own mind and skill sets. It is always nicer when people contribute; there is a

lot of give and take. There was nothing like 'this a locked content and only that would work'.

How has the give and take worked with Deepika Padukone whom you gave a chance in Om Shanti Om, and now she is a huge superstar while delivering yet another success

with you?
(Smiles) Because Deepika Padukone started work with Farah and me, she has this strange amount of respect and love for us. Perhaps when she goes to other films then it is with a sense

of knowing a lot more. On the other hand, here she lets us believe that this is her first film. There are so many things in her that are superb. Her dialogue delivery is miles ahead of how

it was in Om Shanti Om. As an actor she is fantastic.

While the film is minting money in a big way, isn't it an ongoing pressure of the 100-200 crore number on a superstar like you, film after film?
I truly believe that the number is only the cost of production. If you can control that cost, you are doing good. I am not a producer for namesake; I make films and have a full post

production department which is perhaps the best in the country, technically speaking. I have 240 people working with me throughout on this. So when a film of mine is out, I don't

think how much it would earn. My tension is when my CEO comes and tells me that film is over-budget. That is where I think of numbers.

How about the pressure of breaking records as a matter of personal satisfaction?
When I started work in Mumbai 24 years ago, I used to say 'I am the Best' on waking up while knowing fully that I am not. Still, that's the only way I work because it could be my first

or last day of work. This is a philosophy I have followed; this is how I wish to continue as well.