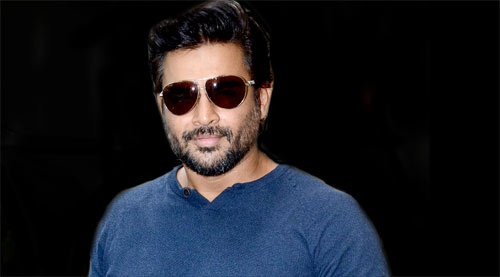 Rave reviews have already started flowing in for Tanu Weds Manu Returns and unlike some of the usual 'wah wah' that majority of films generate prior to the release with industry testimonials coming in by dozens, there is something about Tanu Weds Manu Returns that does generate genuine vibes. Call it the spirited feel of the film, the ethos attached to it or the fact that it is put together by a likeable bunch of people that includes actors Madhavan, Kangna Ranaut, Jimmy Sheirgill, Deepak Dobriyal, director Aanand L. Rai and producer Krishika Lulla, the film is finding good hype.

No wonder, Madhavan is happy, and he is showing it as well. Here is presenting the actor in his own words:

"The best part about Tanu Weds Manu Returns and its characterization is that no one is a superman here. No one takes a leap of faith; it is all organic. We had to project that after four years of marriage, if there is any 'gadbadi', then how would Manu be in his life. Would he be fatter or thinner? Would he be able to pull up the fact that there is another girl in his life? It is tough naa, after all he was Maryaada Purushottam in the first part, remember?

Yes, he is real and extremely dignified. He is very quiet, a man of very few words, and not prone to reacting tremendously to situations. All of that stays, but then situation has gone to another side now. There is discord in marital life this time around. To get it all right, I was helped by Aanand and (writer) Himanshu very well.

Another interesting thing that I did was to actually shoot the film in a linear manner. I told Aanand that do me a favor, do not tell me the screenplay. Don't tell me which scene would come next, and don't send the script to me. I am only going to clutch on to Manu for my dear life; I will hang on to it. So just tell me the scene and let me react organically. He gave me a go ahead as well. He would only tell me at the end of the shot whether it would work or not. So I organically went from one scene to another.

As for my Tanu and Datto, well, Kangna is an extraordinary actor. At times when she was performing, I just used to observe and then react accordingly.

Actually why just Kangna or me? This is one film where audience is bound to look forward to all the characters. Even the small ones from the first part have hit the ball out of the park, including Krsna the composer and the cameraman as well.

I was truly sad on the last day of the shoot. It was one of the huge turning points of my life. Yes, it sounds clichÃ©d but then it is a fact that we all were unbelievably sad when the film wrapped up.

I am glad that we have cracked an ace film. I had said that before 3 Idiots and I am saying that now - TWMR will work big time."