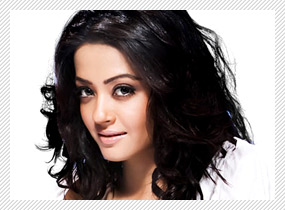 Hate Story 2 has released and turned out to be yet another mid-budget success of the year. Exciting promos, very good marketing/promotion and good release coupled with engaging content on display has made sure that the film not just sails through comfortably but also makes profits.

Since the very genre of the film requires its leading lady to step into a bold avatar, was it an easy decision to make for the debutant?

"As I had always maintained, what you saw in the promos isn't something for which I made any extra effort to be someone else. It is only one facet of my personality. I knew that I was entering a film where the songs had to be sexy. I still wouldn't call it a bold avatar per se. It is about switching on and off. So when there was some intimate content to be brought on screen, I would put my sexiness switch on," she smiles, "That's the whole fun of being an actor, isn't it?"

For her future films, does she have any specific do's and don'ts in mind though?

"As an actor, it is important that what I do for camera is somewhere at a very spiritual level that elevates me. Yes, people often come with do's and don'ts but then I have never restricted myself on any such aspect in my life. When time comes, I do what I am thinking at that point in time. If I feel liberated, I will do it," she says.

She goes on to add after a pause, "I have realized that when you get to a point where you end up asking yourself 'ki whether mujhe ye kaam karna hai hai nahi', the only question in your head is that if I do this, would I go a step forward? It is not desperation, it is about doing what you feel is right at that point in time."

No wonder, she was undeterred when rumors were flying thick that she is unavailable for film's promotion, as a result of which Sunny Leone would end up hogging all the limelight.

"But then I did speak to you even when I was in New Zealand, right," she smiles, "In fact, I have been laughing my head off for whatever has been written about me. Thank you, but I am coping up pretty well. Even though I was not able to sleep, I was making sure to keep my professional commitments on. In fact, I also heard of rumors that I was insecure of Sunny Leone's 'Pink Lips' song. Puhleeze, it is a fabulous song and I am extremely happy with the way it turned out and became popular. So that should put to rest all rumors."