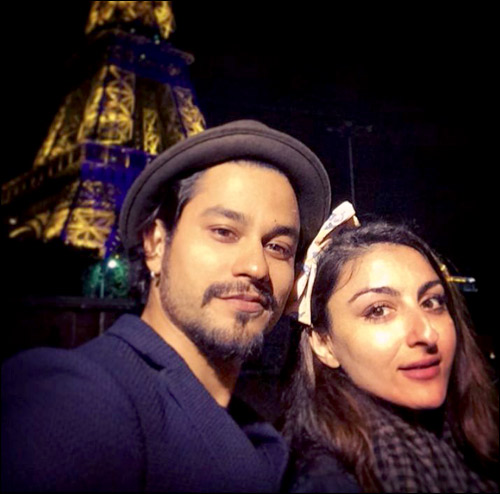 Soha Ali Khan and Kunal Khemu have been very open about their relationship since the start and now the actors have decided to take things to the next level. Though there were a lot of speculations about the two tying the knot soon, Soha maintained that they were in a happy space and marriage is still away. However, recently, Soha took to the micro-blogging site to announce that Kunal had proposed to her and she has agreed too.


Kunal and Soha were in Paris, the most romantic city in the world, and it was then that the actor popped the question to the actress. Talking about the moment, Soha not only posted a picture of them but also wrote on her Twitter handle saying, "It gives me great happiness to share with you all that Kunal proposed to me in Paris with the most perfect ring in the world and I said yes."


The two have been dating for more than four years and a year back, Soha even announced that she has decided to be in a live-in relationship with Kunal. During that time, Soha had maintained that she is not promoting the concept of live-in but it is a great feeling to go back home to someone you love. The couple however hasn't revealed any details about their marriage yet.