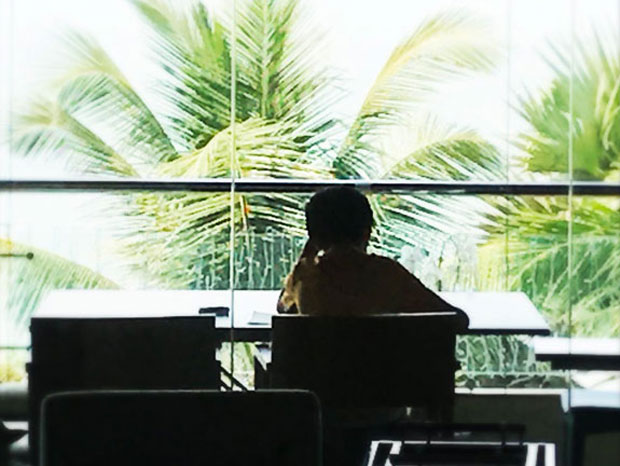 Ever since Kaabil, we haven’t seen much of Hrithik Roshan. The actor, who will soon gear up for the role of mathematician Anand Kumar in Super 30, is busy holidaying and spending quality time with his kids. While we are yet to get details about the Roshans’ plan for the holiday season, it seems that the actor and kids are currently enjoying their time at their residence.

Recently, Hrithik Roshan took to twitter to share a beautiful capture of his son studying seriously. But what attracted our attention the most was a pretty note that was used to caption the image. Hrithik who spotted one of his sons studying seriously at the gallery of his home, said, “He’s just horsed around for 2 hours. And now he sits. Alone. What’s he doing? Studying. I pass by from behind, catch a glimpse and want to save the moment. There is something about a child sitting in isolation to read and learn that fills me with hope he is on the right track.”

Definitely the proud father was speaking about how his son decided to give priority to acquire knowledge rather than just horsing around with his friends. Well, we must say that his son is quite the perfect child in this case!

Talking about films, Hrithik Roshan, as mentioned before will play Anand Kumar who started the Super 30 batch of extraordinarily talented yet underprivileged students as he helps them prepare for the difficult IIT-JEE exams by providing them with all the facilities. The superstar will also revive his superhero franchise Krrish as he will start with its fourth instalment.