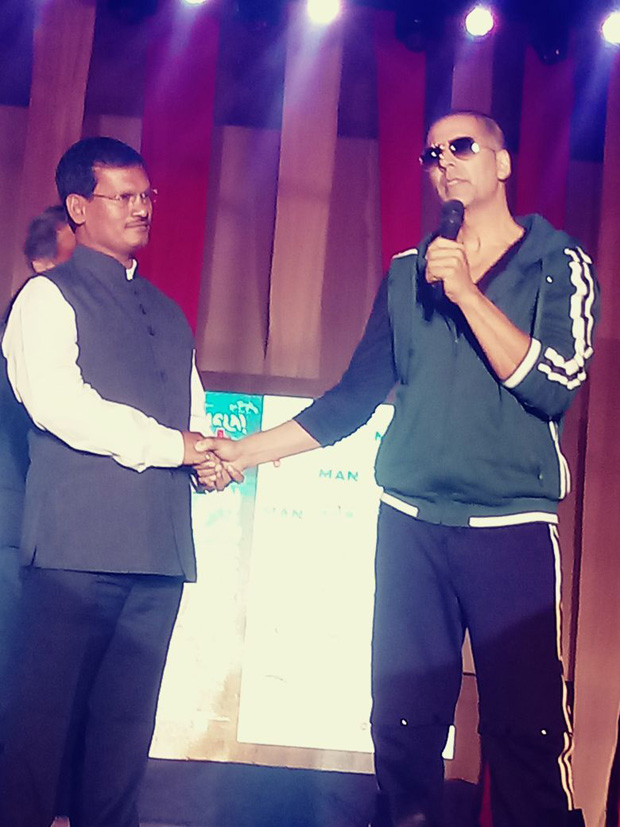 Akshay Kumar is a very busy man. The actor recently wrapped up Gold and has already started promoting his next film, PadMan which is a biopic on an entrepreneur Arunachalam Muruganantham. This film happens to be first film under Twinkle Khanna’s production banner. Before the film, the couple did quite research and met with the real life ‘Pad Man’ before they began shooting. 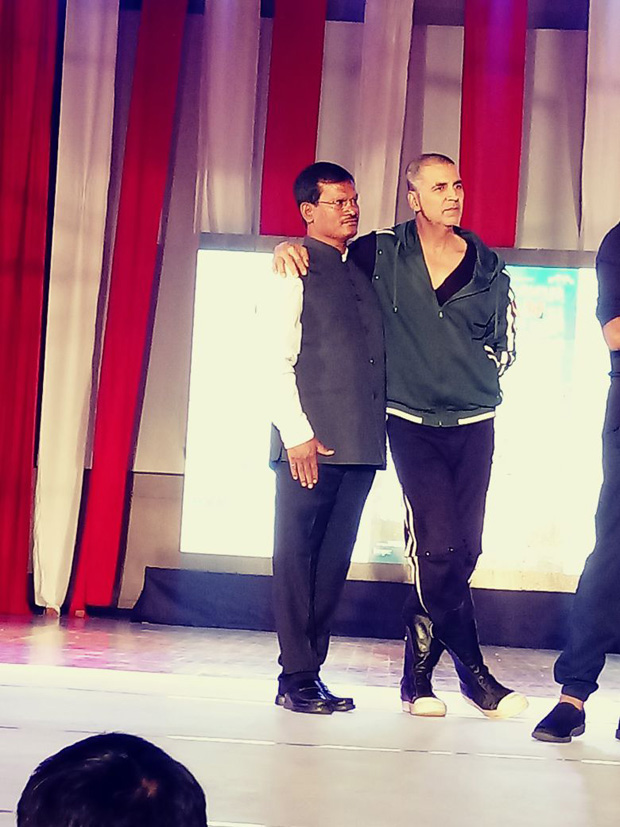 On Friday afternoon, Akshay Kumar reunited with real-life Padman Arunachalam Muruganantham at Mood Indigo 2017, which is an annual festival at IIT Bombay. Akshay, director R Balki, and Arunachalam dropped by to talk about their film and menstrual hygiene. Akshay even talked about a scene in the film where he has to place the sanitary pad for the first time and it was an important scene. Arunachalam Muruganantham spoke about how he launched his low-cost sanitary napkin revolution in India. 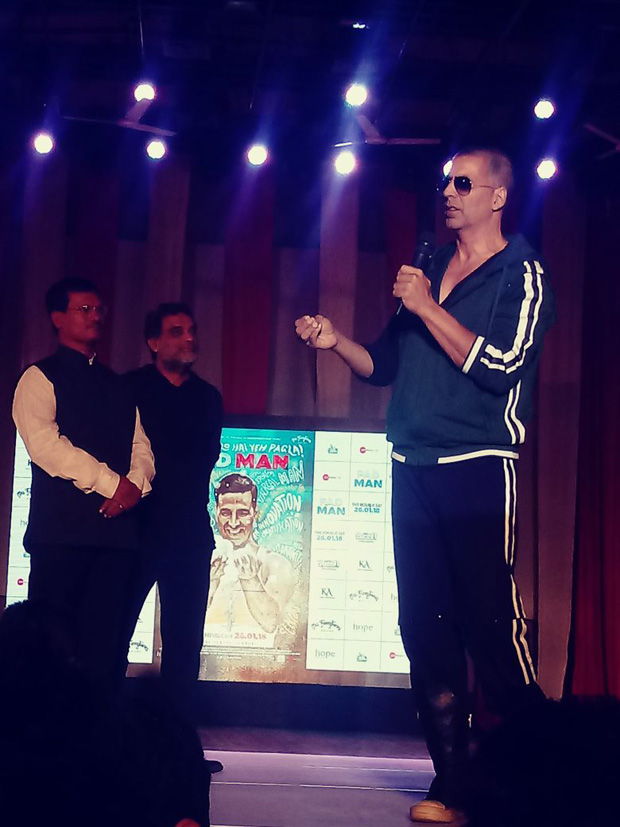 Directed by R Balki and produced by Twinkle Khanna, PadMan is based on a real-life story of a social entrepreneur, Arunachalam Muruganantham, who took it up to himself to provide low-cost sanitary napkins to women from poor economic states across rural India. The film also stars Sonam Kapoor and Radhika Apte. It is slated to release on January 26, 2017.