Ranveer Singh is currently in London shooting for Kabir Khan's '83 in which he plays the role of former Indian Cricket Captain, Kapil Dev. Whilst he is hustling hard on the sets of the film, he really has worked hard on his look and physique too. 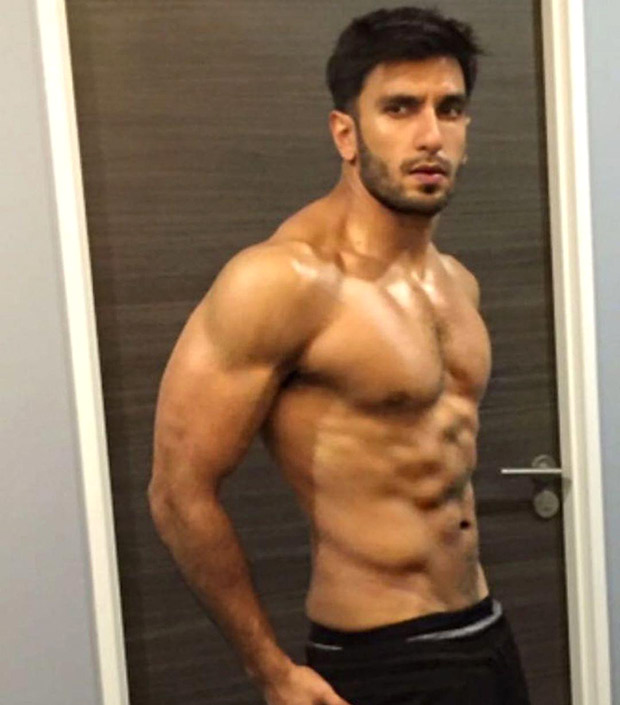 Ranveer Singh, on Wednesday evening, shared a shirtless photo of himself flaunting his chiselled physique. He captioned it, "Me looking at you eating carbs like." Ranveer had bulked up for Simmba for the role of officer Sangram Bhalerao. But, lost some weight for his next venture '83.

On the work front, Ranveer Singh starrer '83 stars an ensemble cast including his wife Deepika Padukone as his reel wife Romi Dev. The film will retell the story of 1983 World Cup win. It is set to release on April 10, 2020.

ALSO READ: Deepika Padukone and Ranveer Singh to be first guests on Rendezvous With Simi Garewal

Trade speak: "The one factor that doesn't go…