Hina Khan has been making quite a name for herself and it is not just in the TV industry. She was one of the first television actors to be invited to the Cannes Film Festival marking her red-carpet debut. After playing the role of Komolika in Kasauti Zindagi Kay 2, she is all set to make heads turn with her first Indo-Hollywood project. 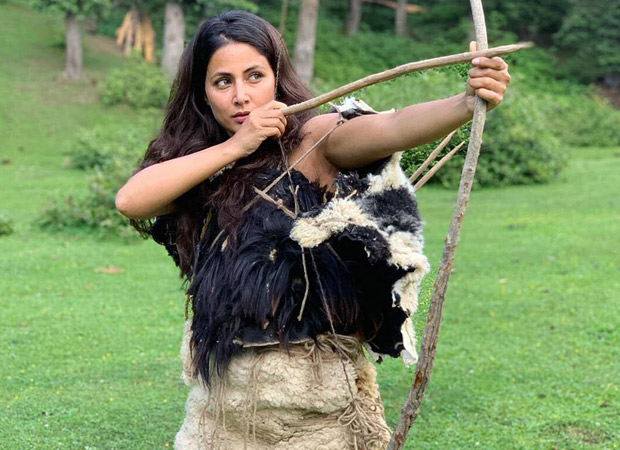 The actress will be seen playing the role of Gosha in the film titled Country Of Blind, based on the book by HG Wells, The Country Of The Blind. She took to her Instagram to share a few still from her look in the movie and she is seen aiming towards the sky. She posted the pictures with the caption, “Meet Gosha My first Indo-Hollywood project, Directed by our very own and talented @rahatkazmi #CountryOfBlind”

Meet “Gosha” My first Indo-Hollywood project, Directed by our very own and talented @rahatkazmi #CountryOfBlind

She will be playing the role of a visually impaired girl and has even attended a blind school workshop to fit into the character.