One of the most favourite couples in Hollywood is Joe Jonas and Sophie Turner. In 2019, the couple got married in two separate ceremonies - one in Las Vegas and the other one in France. The British actress said recently that being married to Joe gave her an incredible sense of security. 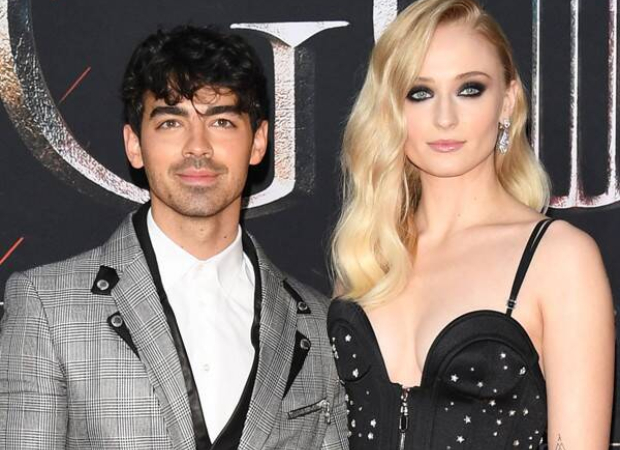 But, things weren't the same always! Sophie Turner, who has starred as Sansa Stark on HBO's Game Of Thrones for ten years, wasn't always a fan of the popular Jonas Brothers band. The actress, who is featured of Elle's April 2020 issue. said that she hated the band. “My friends and I were not Jonas Brothers fans,” she admitted. "There was this band in the U.K. called Busted. They had a hit called ‘Year 3000.’ It was amazing, and we were huge Busted fans. Then the Jonas Brothers covered the song and made it massive. And Busted broke up. We thought it was all the Jonas Brothers’ fault. So we hated them.”

When Joe came to the UK for a tour, he left a DM asking her to hang out. "I was living with my friends in Camden, in a really rough flat -- people were always climbing in and out of the windows. When I told my friends, they were like, ‘That’s hilarious. You have to do it! And you have to text us everything he says," she said.

Recalling her first meet with Joe, she further revealed, "I expected him to show up with security and everything. I thought, ‘He’s gonna be such a d**k. I brought all my guy friends to come with me to meet him because in the back of my mind I still worried that he could be a catfish -- or I don’t know what. I just wanted my guy friends with me. I had my rugby boys. I was safe."

"It was just this local s***ty bar, dirty, with great music and people throwing up everywhere. It was that kind of place. Kind of like the worst, but also kind of the best," the actress recalled. “He didn’t bring security. He brought a friend, and they drank just as hard as the rest of us. I remember the two of us spending only a couple of minutes on the dance floor, and then we just found a space far in the corner and we just talked. We talked for hours, and hours, and hours. And I was, like, not bored. It wasn’t contrived. It wasn’t small talk -- it was just so easy. And soon we were, like, inseparable. I went on tour with him.”

Gushing about her now-husband, Sophie said, "With Joe, I always felt like I was the one who was punching, like, way above my league. And I still feel like that. He’s so handsome, talented, funny, charismatic. I’m really lucky to be with him and have someone like him want to be around me and spend time with me.”

Sophie Turner and Joe Jonas are expecting their first child but the couple is yet to announce it. The actress will be starring in an upcoming thriller, Survive.

ALSO READ: Sophie Turner is fascinated by Priyanka Chopra's fame in India - "They worship her over there. It’s kinda crazy."