Alia Bhatt and Ranbir Kapoor are deep in love and are flaunting it to the world. They are are currently shooting for Ayan Mukerji's Brahmastra in Bulgaria and well, let's just say that the setting is perfect for their romance to bloom. After pack up, they have been exploring the picturesque place and judging by the pics, they're enjoying every bit of togetherness. Alia took to Instagram to share a picture from the location. She is seen chilling with her hair and makeup stylists and Ranbir is photobombing her in style! She also shared another picture where she is smiling radiantly in the bright sun and she captioned it: ‘Take you wonder by wonder’. 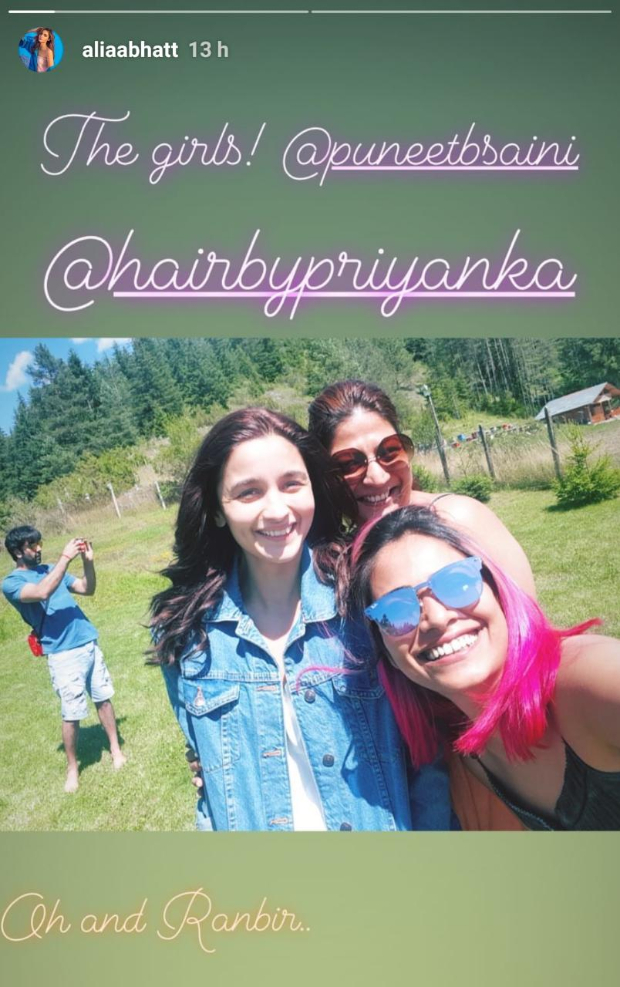 Professionally, Ranbir Kapoor has just delivered a blockbuster with Rajkumar Hirani's Sanju. The movie has touched the coveted Rs. 300 crore mark, becoming the biggest blockbuster of this year. The Kapoor scion has finally reinstated his position in the market and has proved that he is one of the best actors of our times. After Brahmastra, he has Yash Raj Films’ Shamshera in the pipeline along with Luv Ranjan's next with Ajay Devgn!

Alia Bhatt is the box office wonder girl who never ceases to charm and surprise us. Her last outing Raazi was received with a lot of love and admiration. She is also working on Karan Johar’s Kalank with Varun Dhawan in addition to Brahmastra.

Check out the cute couple pictures of Ranbir and Alia from Bulgaria and tell us what you think about them.