Priyanka Chopra is on the roll and we are not complaining. After making her Hollywood debut with Seth Gordon’s Baywatch alongside Dwayne Johnson and Zac Efron, Priyanka Chopra bagged two back to back projects. One was a drama called A Kid Like Jake which released internationally on June 1 this year and the other is a comedy titled Isn’t It Romantic. Priyanka will be sharing screen space with Rebel Wilson, Adam Devine and Liam Hemsworth in the movie. 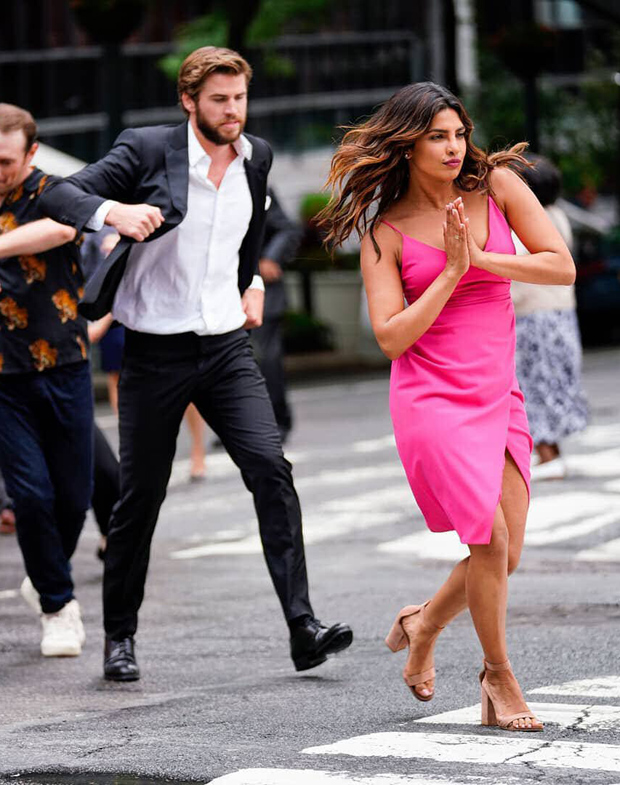 The shooting, which began in New York, wrapped up on NYC streets with an elaborate dancing on the streets while filming a scene for Isn't It Romantic on July 14. The entire lead cast, Adam Devine, Rebel Wilson, Liam Hemsworth and Priyanka Chopra, looked amazing in their formal attires as they busted out moves at 40th Street and Park Avenue in Manhattan. 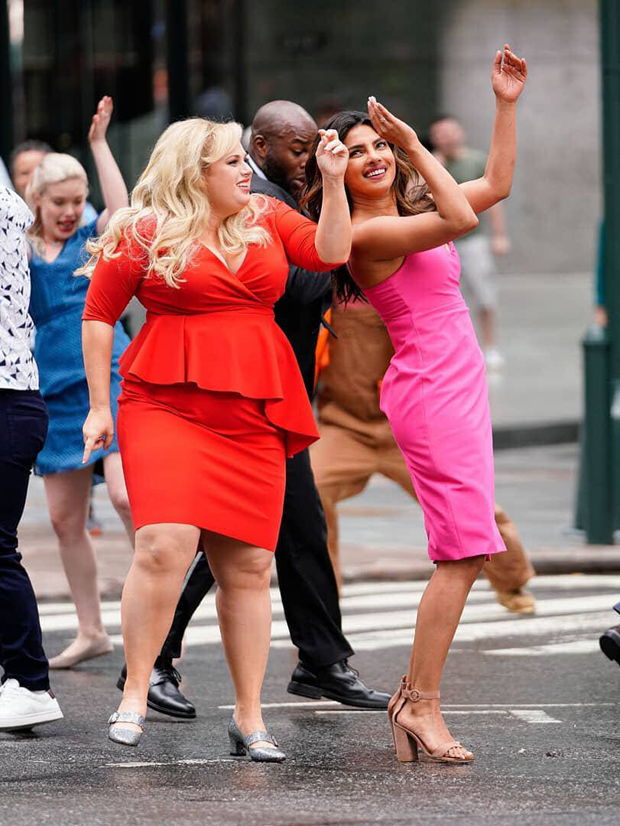 Priyanka Chopra looked pretty in pink with a thigh-high slit with brown block heels and beach wavy hair. With years of experience in Bollywood, dancing for a Hollywood film was simply a piece of cake for the actress. She looked pretty happy and in great spirits as she dance along several dancers. After the song shoot, they wrapped up the film. Priyanka shared a group picture with a caption that read, "And it’s a picture wrap! Such a fun lot to shoot this movie with. Adore u all.. #isntitromantic." 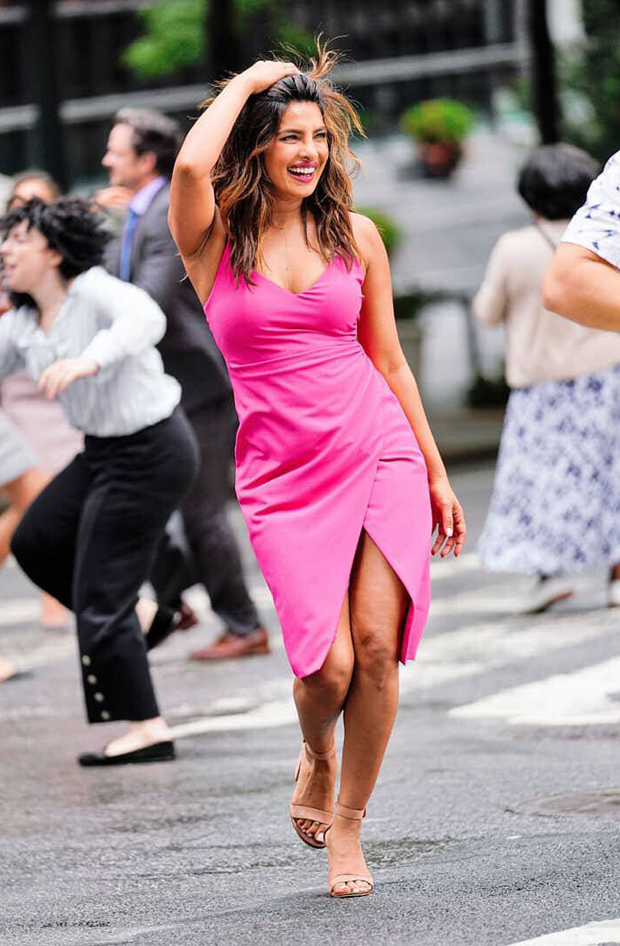 Her movie co-star Liam Hemsworth could not stop praising them cast and wrote, "Had the best time filming with this bunch! A truly great group of people. So many laughs. Can’t wait for everyone to see it next year on valentines weekend! @isntitromanticmovie." 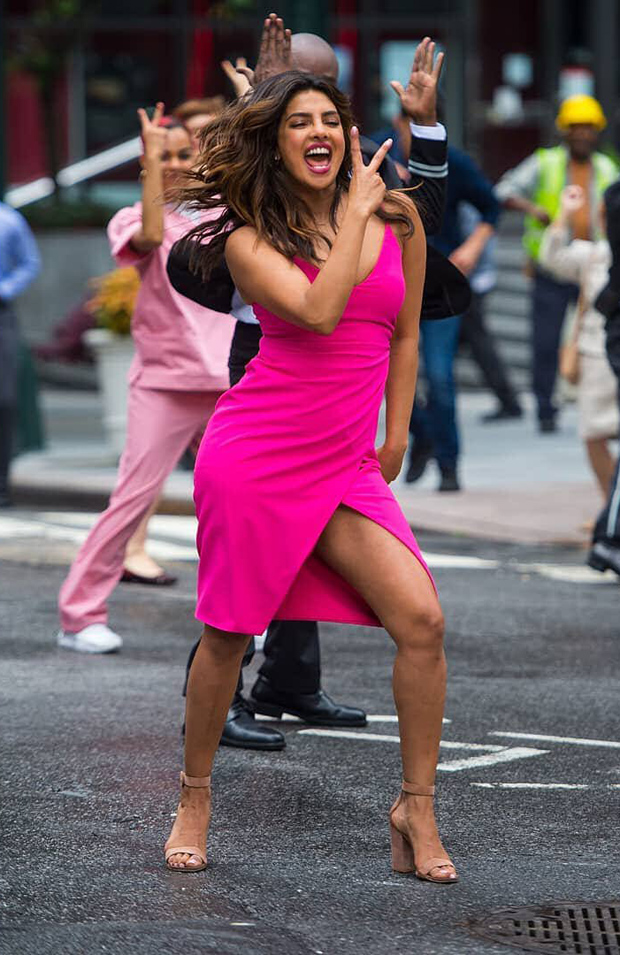 Adam Devine also had similar things to say. He shared the same picture after the wrap up and wrote, "This movie is so much fun to shoot. Imma song and dance man once again! @isntitromanticmovie will be in theaters next Valentine’s Day and it’s cuteness meter is OFF THE CHARTS." 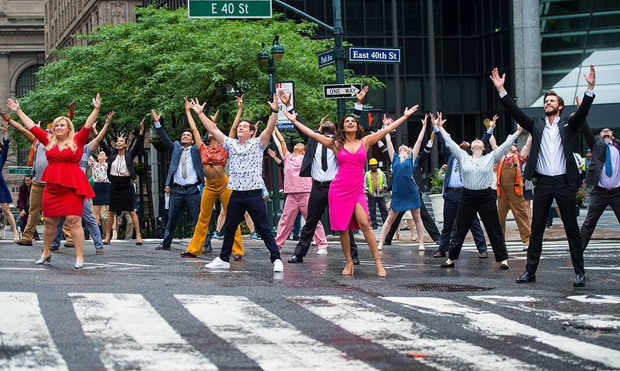 Rebel Wilson could not help herself and applauded her castmates. "Second last day of shooting ISN’T IT ROMANTIC in New York with our leader @straussschulson and producer Gina Matthews x These guys are so talented, I’m so lucky to have them in my movie. Liam’s a stud muffin obviously, who’s so funny too! Priyanka crushes everything she does whilst looking impeccable at all times. Adam is just the best (Fat Amy & Bumper 4 ever) and I respect him so much and adore working with him. Just announced Emmy Nominee Betty is just a phenomenally talented person who is also the sweetest and Brandon will have you dying laughing and needs to be in 100 more films so please look out for that handsome guy," she wrote alongside the picture. 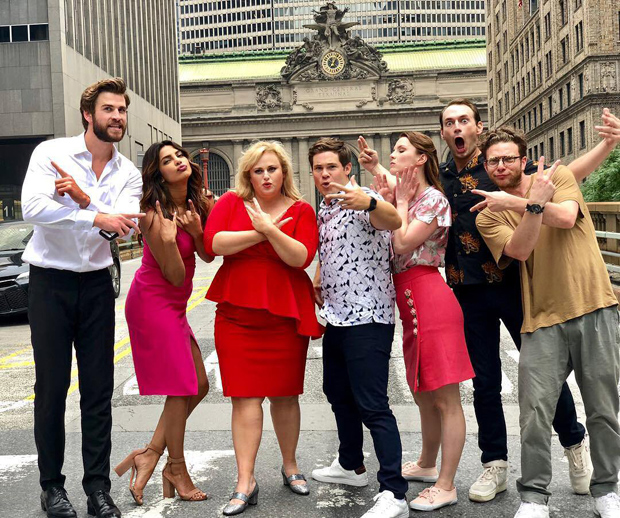 Isn’t It Romantic will feature Priyanka Chopra as a yoga ambassador, Isabella. Rebel Wilson will be playing the role of Natalie, an architect from New York City. Liam Hemsworth will portray the role of a client, while Adam Devine will feature as Rebel Wilson’s best friend. Directed by Todd Strauss-Schulson, the film is will release in theatres on February 14, 2019. 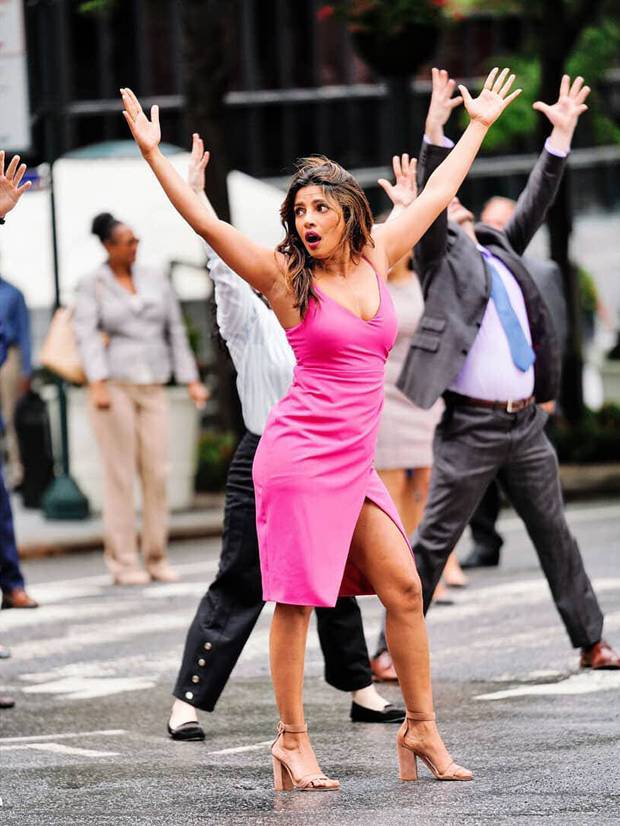 Also Read: Priyanka Chopra FINALLY opens up about DATING Nick Jonas; reveals they are getting to know each other