The comments made by Hardik Pandya during the show Koffee With Karan 6 created a massive outrage that was as impactful as getting the cricketer suspended. He had appeared on the show along with co-cricketer K L Rahul and the duo faced the wrath of public for making allegedly demeaning comments against women. While it forced BCCL to take action against these two players, they are now back on field. But it seems audiences still have these comments fresh in their mind and one woman decided to troll the cricketer with his own statement that he made on the Karan Johar show during a cricket match with New Zealand. 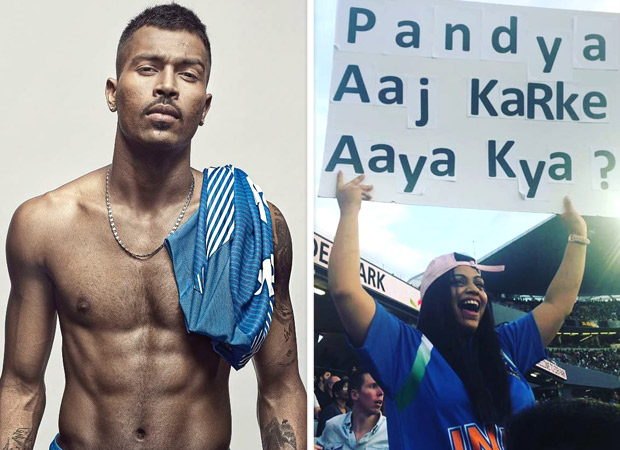 In a recent match where India was pitted against New Zealand, Hardik Pandya once came into focus, albeit his good performance. But that didn’t stop a certain woman from trolling the cricket about what he said during the episode of Koffee With Karan 6. Amidst the many cheers that hailed Hardik and India’s performance, there was this one placard, ‘Pandya, Aaj Karke Aaya Kya?’ that seem to gained everyone’s attention. For the uninitiated, it was a jibe taken against the statement said by Hardik, ‘Aaj Karke Aaya Hun’ [I have done it and come] on the Karan Johar show when he was quizzed about his romantic shenanigans.

The woman holding the placard became a social media sensation overnight as many netizens started giving out their reactions with some even applauding her for her wit and for trolling Pandya on field. Here’s a look at some Twitter reactions over the same:

Coming to the controversy, Hardik Pandya and K L Rahul had spoken about their love lives and personal life shenanigans during the show Koffee With Karan 6. But the same didn’t go down well with citizens who don’t deem cricketers any less than a hero. They also believed that what they say on national television need to be more responsible. BCCL decided to take strict action against them and reports had it that the two cricketers also lost some endorsement deals owing to their loss of reputation.

Malaika Arora gives lesson on how to make…