The Kapil Sharma Show is doing well on TRP charts and masses are loving Kapil as a comedian back on the small screen. This time around he has reunited with Bharti Singh and has Krushna Abhishek with him on the show. Their chemistry on screen is much appreciated and audiences are loving their antics on the show. Interestingly, Krushna Abhishek was touted to be one of Kapil’s arch rivals as they had comedy shows on competitive channels. They were always pitted against each other and so it was surprising that Krushna would actually do a show headlined by Sharma. But Krushna spoke to media recently and said that he was very happy with the fact that he is doing a show with Kapil and also mentioned that stars like Ajay Devgn praised them which was very fulfilling. 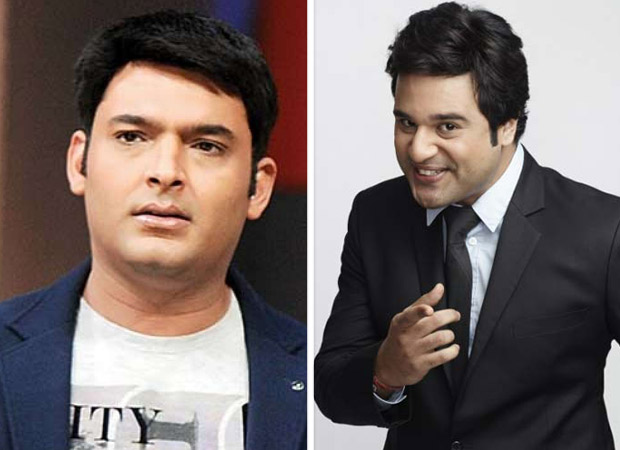 Talking about his equation with Kapil, he said that he sees a lot of growth in the comedian as an entertainer. He also said that he works on their entries and is very spontaneous with his comedy. Krushna also said that he is inspired by the way he interviews celebs.

Kapil Sharma on the other hand is enjoying a good professional run and has also streamlined his personal life very well. He hosted yet another reception in Delhi recently with new wife Ginni Chatrath for his politician friends there.