Last Updated 27.09.2022 | 10:23 PM IST
feedback language
follow us on
Bollywood Hungama » News » Bollywood Features News » Gym Goals: Amy Jackson is glad that she is at it even after being pregnant for six months!

Amy Jackson is definitely enjoying the motherhood phase and is more than happy to share about it with her fans and followers. While she has already given us a glimpse of work commitments by sharing posts about her red carpet appearances etc., she has also posted photos and videos of her trips too. Besides that, if there is something that Amy really loves, it is fitness and she has also been posting about it too. In a recent post, the actress is giving us complete gym goals! 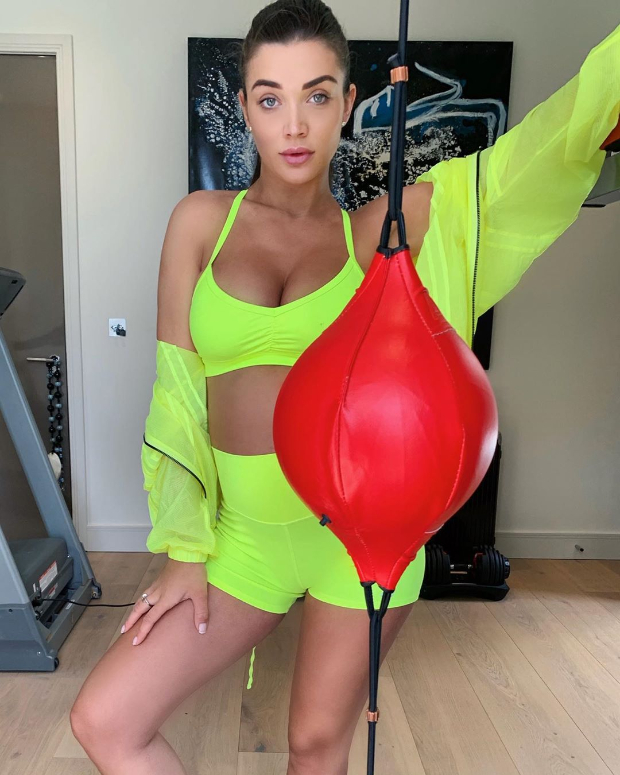 Gym Goals: Amy Jackson is glad that she is at it even after being pregnant for six months!

In this photo shared by Amy Jackson on her Instagram page, we get a glimpse of her workout session. The actress also stated in her caption that she is quite glad that she is able to achieve her fitness goals! She is seen posing in a florescent gym wear as she proudly flaunts her baby bump.

Earlier this week, Amy Jackson shared a sonogram of her pregnancy giving a sneak peek of her 23 weeks old unborn baby. The actress has also been sharing photos of her growing baby bump with each passing week. Amy has always maintained how excited she is to have her first child. She announced her pregnancy with George Panayiotou on social media and fans have been since then sending her their best wishes.

The actress had also announced her engagement to businessman George Panayiotou earlier and the couple also threw an engagement bash last month. The party was a private affair with close friends and family and photos of the same were also shared on Instagram. On the work front, Amy Jackson is yet to announce her next project. It seems that the actress currently wants to prep before the arrival of her first baby.

Also Read: Amy Jackson gives us a glimpse of her unborn baby in this 23 weeks pregnancy post!