Sara Ali Khan, currently the most sought after actress of Bollywood, is a star in the making. With just two films in her kitty, the actress has already made waves. The actress has been stealing thunders prior to her debut in Bollywood with many fanclubs in her name. Now, the actress shines as the cover girl for Harper's Bazaar for their June cover. 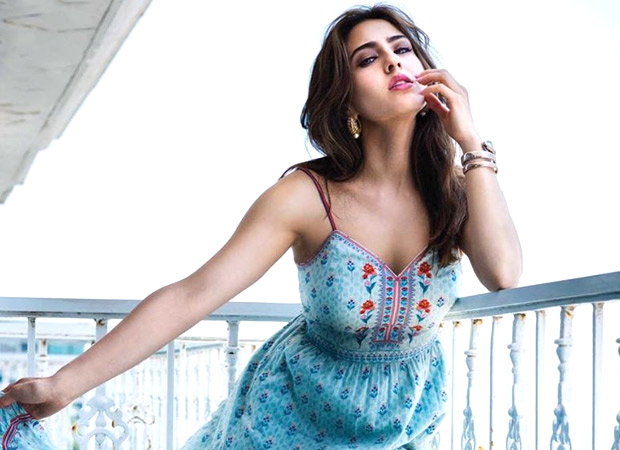 Sara Ali Khan speaks about nepotism, living her dreams; plans to live with her mom Amrita Singh for the rest of her life

Sara Ali Khan comes from a family of stars with her grandfather being star cricketer Mansoor Ali Khan Pataudi, grandmother being veteran actress Sharmila Tagore, parents Saif Ali Khan and Amrita Singh. Just like the other star kids, the actress has also faced the nepotism remarks. Speaking about this to Harper's Bazaar India, Sara said, "The most negative connotation of nepotism is that people find an unfair, unearned, invalid, unnecessary advantage to somebody born in a family of actors."

Sara also said from her two films Kedarnath and Simmba, she has proved her mettle. "From what I see, I’ve done my bit to prove that I may have what it takes. And I’ve managed, somewhat successfully, to disassociate from that word. If you can be appreciated for your work then none of this matters. I am immensely proud and grateful that I am their daughter, but I am on my way to establish an identity wherein there’s more to me. And this is just the beginning. I have a long, long, long way to go," she added.

Sara Ali Khan completed her graduation from Columbia University. But, she always had a knack for acting and would create videos ever since she was a child. Sara said, "Having studied everything else in the mecca of education, I realised acting is where my heart and soul is. When I’m on camera, I don’t remember what I’m doing. I’m truly present, and reacting to what my co-stars are doing. As long as you’re aware of the character you are playing, in the hands of a director who has his eyes on you, and have a supportive co-star, there really isn’t much for you to do. You just have to really be on set, and react."

"There’s nowhere else I’d rather be. You pack me up right now, and where will I go? This is the best part of my day, the best part of my life. I’m privileged, thrilled, and honoured to be able to act. The minute you know what you really want to do, sleep, hunger, or anything else doesn’t matter. How lucky I am to be doing what I love," she added.

Talking about her mother Amrita Singh, she said that she intends to live with her forever. "I intend to live with my mother for the rest of my life. She gets upset when I say that because she has this whole marriage plan for me, but she can also come with me no, what’s the problem? I love hanging out with her, and I miss her when she’s away even for a few days. There’s nothing I hide from her. But having said that, she’s the only person I fear," she said in the interview.

On the work front, Sara Ali Khan has wrapped up her next project Imtiaz Ali's next film with Kartik Aaryan. She will also be starring in Varun Dhawan's Coolie. No. 1.

ALSO READ: Sara Ali Khan is a ray of sunshine on the stunning cover of Harper's Bazaar