Kareena Kapoor Khan will next be seen in the film Good Newwz alongside Kiara Advani, Diljit Dosanjh and Akshay Kumar. The cast of the film recently filmed a song for the film titled ‘Lucky You, Lucky Me’. The song also features Badshah and Harrdy Sandhu. 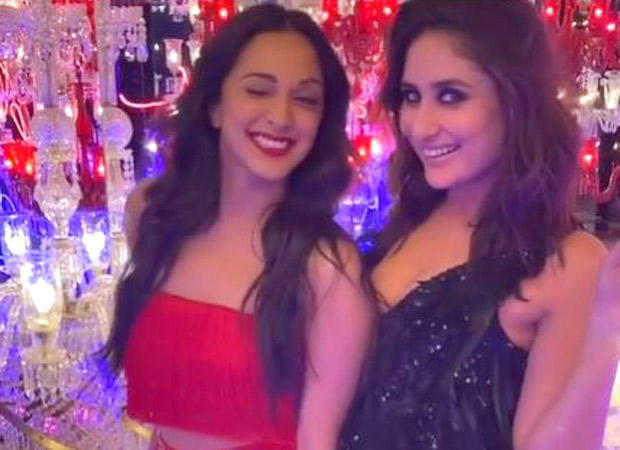 Karan Johar who is producing the film took to Instagram to share an interesting video of the two leading actresses as they reprise a popular dialogue of Poo from the film Kabhi Khushi Kabhi Ghum. Kareena Kapoor who played Poo in the film was joined by Kiara Advani in the video. In the video, Karan Johar can be heard telling the ladies that they are looking Fab, to which they respond that they are ‘not fab but PHAT (Pretty Hot and Tempting)’.

When the girls were not looking FAB but PHAT! Check out the #poodiaries with the penultimate POO #kareenakapoorkhan and the gorgeous @kiaraaliaadvani in the #GOODNEWWZ house!!! Watch out for the Song!

Akshay Kumar has reunited with Kareena Kapoor Khan after almost a decade with Karan Johar’s Good Newwz. The movie revolves around two couples trying IVF treatment to conceive. Good Newwz directed by Raj Mehta and produced by Akshay Kumar and Karan Johar is slated to hit the theatres on December 27.

Also Read: Is THIS the role that Akshay Kumar will portray in Good Newwz?