Bollywood actress Sara Ali Khan was recently spotted at Jackky Bhagnani's Diwali bash along with her Coolie No 1 team. Now, it is family time for the actress as she celebrated the festival of lights with her father and brother. The actress took to Instagram to wish everyone a Happy Diwali along with pictures with father Saif Ali Khan, brother Ibrahim Ali Khan, Kareena Kapoor Khan and Taimur Ali Khan. 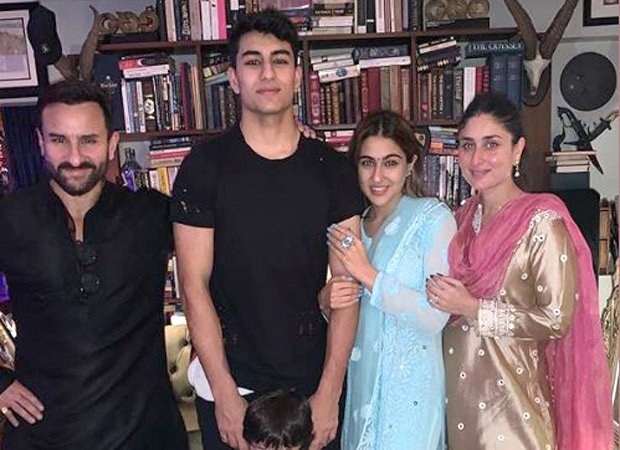 Kunal Kemmu and Soha Ali Khan were also part of the celebratory night as they were seen arriving at the venue dressed in ethnic along with their daughter Innaya.

Meanwhile, on the work front, all three actors have multiple films lined up for release. Kareena Kapoor Khan will next be seen in the film Good Newwz which is slated to hit the theatres in December. Sara Ali Khan, who is two films old will next be seen in Imtiaz Ali’s film Aaj Kal which will be released in February, while Saif Ali Khan was seen in the recently released film Lal Kaptaan.