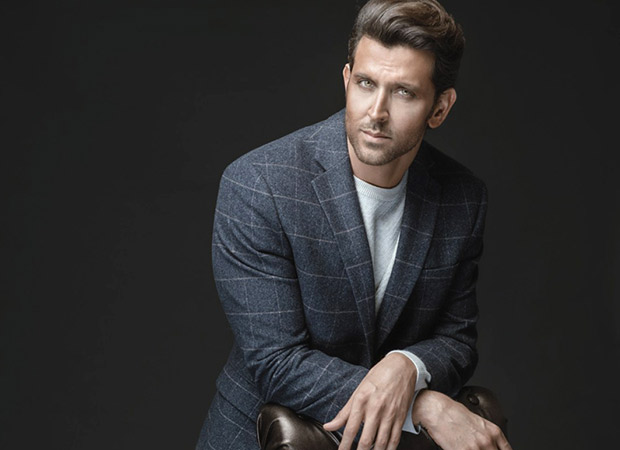 On the eve of his new release Kaabil which is already being hailed as the first blockbuster of 2017, Hrithik Roshan in an interview with Subhash K Jha, counts his blessings.

Sussanne saw the film and praised you to the skies. Many who have seen the film say this is your best performance to date?
I am so relieved. I am so glad Sussanne liked the film. Her opinion means the world to me. I am the happiest when people say Kaabil truly is a small film with the largest heart in the world. Some ware surprised, others seem shocked. It is truly overwhelming for dad, Sanjay, Yami and myself.

Now that Kaabil is just hours away from release your thoughts?
I'm cool. Calm. Open to all feedback.

How do you think its simultaneous release with Raees will affect your film?
No idea. All kinds of permutations and combinations are possible. I want the very best for both the films.

The promos teasers are a rage did you expect such a response?
To be honest, yes. Cause they impacted me too.

2016 was not such a great year for Hindi cinema where do you think our films are going wrong?
I don't blame the films that are being made. It is better and more constructive to blame the work culture and the overall mental benchmark. Most filmmakers just want to get by, not do something that will stand out over and above the rut.

What according to you is the solution?
Specialization and division of labour is so important, that is the primary reason Hollywood is where it is. Even if you are the grip or clapper boy on the set, you take pride in your work, you don't allow it to be seen as small work, and you take full responsibility. That kind of work-ethic then seeps into everything you do in filmmaking.

So you feel our films will improve if everyone does his job?
Yes, division- specialize in what you do and don't start doing other people's work, concentrate on your own job. And allow others the freedom to surprise you with their own style. Stop wanting to control everything. Having said that, out cinema has immense potential. In Kaabil I experienced what I am talking about so I know it is happening.

Kaabil is a thriller but it's also an intense love story
Yes correctly said .It's really a family audience film. My mother’s compliments mean the world to me. She having loved my work and the movie means it's a movie for everyone. Especially families. In other cases she has been completely blunt I must say. So I know the happiness this time is genuine

Your character in Kaabil goes all out for love. How far would you go for your love?
To the end of the world. And then some more.

Would you give love and marriage another chance in your life?
Not marriage. No marriage for me, at least as far as I can see. Love fulfils me every day. I am content and extremely enthusiastic about my life.

You've done a terrific Bachchan impersonation in Kaabil would you show your film to Mr Bachchan?
Of course. I am a huge fan of Amitji. I can’t wait to show him the film.

Resul Pookutty who has done your film’s astonishing sound design says you were hands-on in every department of Kaabil.
True.

When do we see you turn director?
Not anytime soon.

‘You can be the hope and the heroes in this…