Ever since Ranbir Kapoor and Alia Bhatt started filming Ayan Mukerji’s Brahmastra, the rumors about their alleged relationship have been the talk of the town. While they have not officially accepted being in a relationship, both of them have indirectly confirmed about it via their online PDA. Not only that, the actress often flies to New York with him and his family as Rishi Kapoor is getting treatment there. Around the New Year, she joined Ranbir and his family for the celebration. 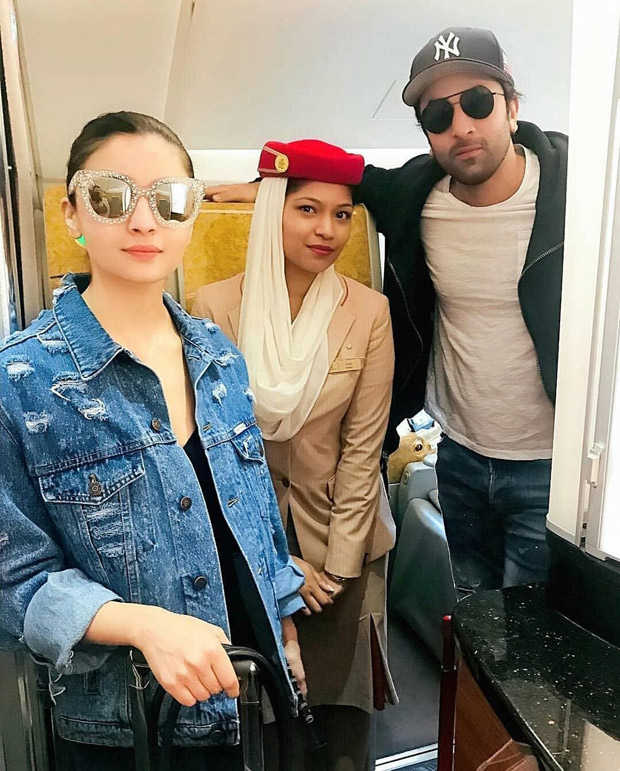 We have now come across a new picture in which Ranbir Kapoor and Alia Bhatt have posed together. A couple of weeks ago, both of them returned to Mumbai from NYC. They clicked a picture with an Air Hostess when they boarded a flight while returning back to Mumbai from New York. Alia rocked a denim jacket over a t-shirt with studded sunglasses whereas Ranbir looked handsome in a tee, jacket, cap and black shades.

Also Read: Will Salman Khan and Ranbir Kapoor clash at the box office in 2019 with Dabangg 3 and Brahmastra?