In the era of biopics and real stories, actress Vidya Balan is all set to play the role of Basavatarakam in the upcoming NTR Biopic. Titled, NTR  Kathanayakudu, the film is a biopic on late actor and politician Nandamuri Taraka Rama Rao (fondly called as NTR). The film, which is directed by Krish Jagarlamudi, will release in two parts in January 2019. 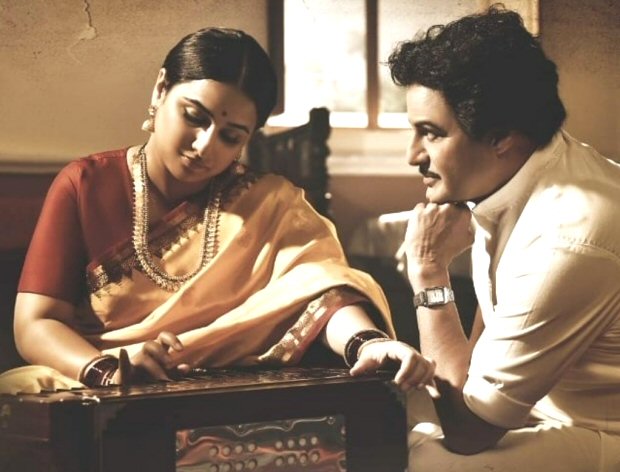 The first glimpse of Vidya Balan's character Basavatarakam, wife of NTR, was unveiled this afternoon. The actress is dressed in a saree in the vintage look while playing harmonium. The trailer will be unveiled on December 21.

For the role, Vidya Balan also took music lessons. While NTR's wife was trained in harmonium and not all scenes require her to portray the skill, Vidya still believed taking formal training would only make it look authentic.

Rakul Preet Singh will be essaying the role of the late Sridevi in the NTR Biopic. Rana Daggubati will play the role of former Chief Minister Chandrababu Naidu. Also, NTR’s son Nandamuri Balakrishna will be seen as the protagonist.

Also Read: When Vidya Balan clicked a precious picture with Hillary Clinton, thanks to Smriti Irani