Tiger Shroff is known for his action packed roles! While his next Student Of The Year 2 will reportedly only touch upon that front, the Gen Y star will be seen in a completely new avatar in this film. Yes, just a few days ago, there were reports that Karan Johar is keen on designing the look for Tiger in the forthcoming college caper. It seems that the look has been finalized and here’s the glimpse of the same in the first look poster. 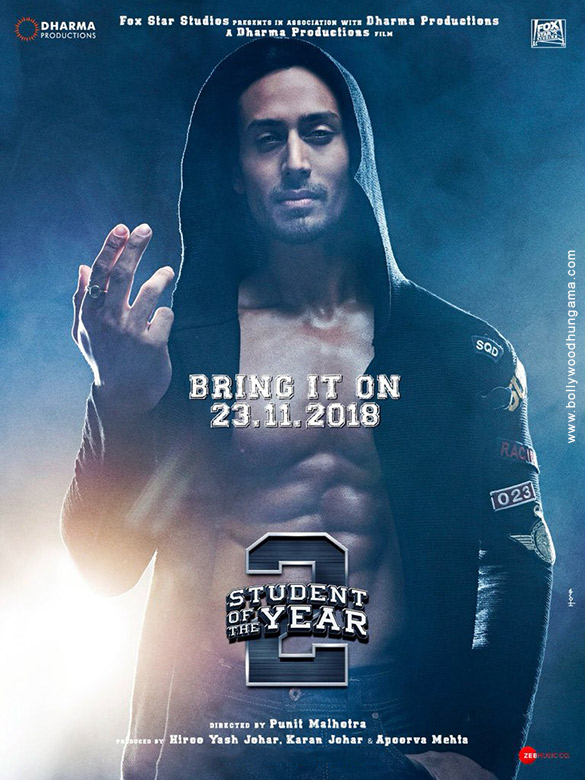 It is a known fact that Tiger Shroff will be seen in the role of a college student in Student Of The Year 2. His look comprises of flaunting a stylish yet carefree avatar. Acid washed denim, bright sneakers, patch work hooded jacket and a sleeveless vest are all a part of this bratty yet rugged but undeniably smart look. Well, we wouldn’t be surprised if female fans of Tiger are already swooning over the first look poster. 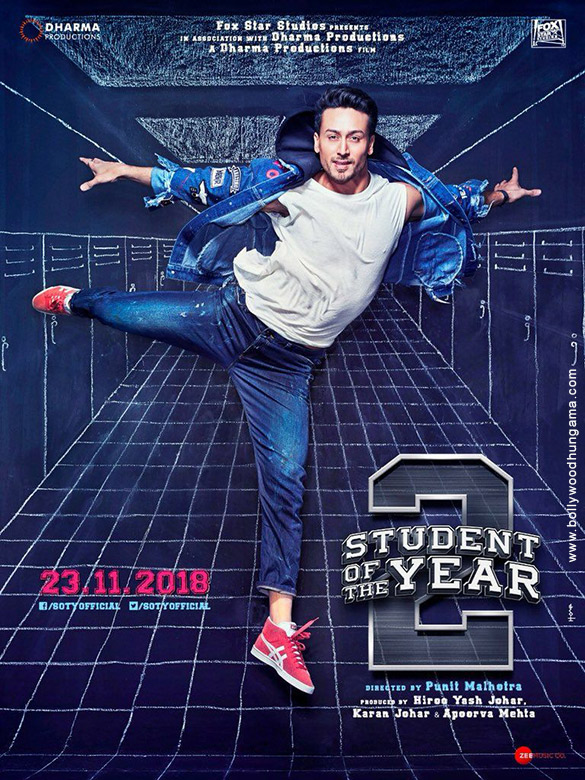 As for the film, Student Of The Year 2 has supposedly gone on floor in Dehradun where it is being shot in some real locations including the college shots. Directed by Punit Malhotra, the film is also supposed to mark the Bollywood debut of Ananya Panday and theatre-actor Tara Sutaria.

While Tiger Shroff has already won hearts with beefed up and greasy avatar in Baaghi 2 as an action hero, his fans will be thrilled to know that Student Of The Year 2 will release this year. Yes, the film is slated to release on November 23, 2011.