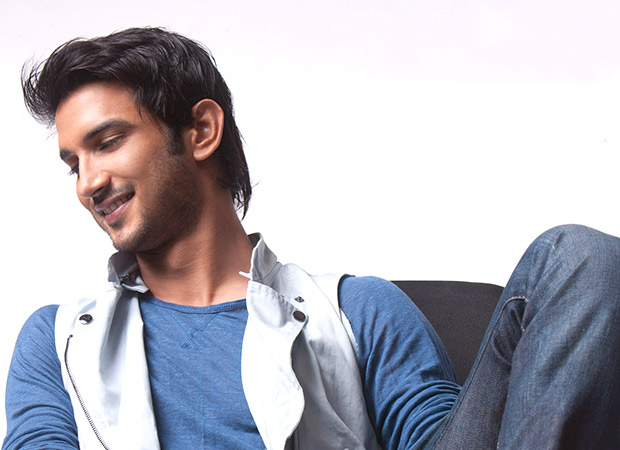 Sushant Singh Rajput gets candid about recognition for M.S Dhoni – The Untold Story, celebrated split with his girlfriend and plans for 2017 in this heart-to-heart with Subhash K Jha.

2016 was a momentous year for you when you recreated a living iconic figure to perfection. How do you look back on the M.S Dhoni – The Untold Story experience?
It was a very special experience and I really enjoyed living that character. In fact most of the characters I've played in theatre, TV and films have been very special and there is a sense of nostalgia I feel for them .Yes, I am very possessive about all my work.

This was also the year when you went through a painful separation with your companion of 7 years. How much has that experience changed your life?
I lack skills to think about past and future in a deep sense. I don't reflect and anticipate. I like sticking to what it is at this point of time.

You invest your entire being in the characters you play. What has Dhoni taken away from you and what has it given you in return?
I can't think in terms of mathematics when it comes to my work and that's why I enjoy it so much. The experience of playing Dhoni’s character is irreplaceable and I'm glad I had that experience.

M.S Dhoni – The Untold Story fetched you immense praise. But some of the best-actor awards are going to other actors. Does that disappoint you?
I won't lie. If I'm there to witness the awards I do feel slightly awkward when I don’t win. A bit of acknowledgment from your folks could be a nice feeling. Having said that I getting or not getting an award does not in any manner affect the way I go about my next project or my equation with my work.

If you had to change any one scene or one moment in M.S Dhoni – The Untold Story what would you change?
If I had to choose I would catch that ghost train on the decisive day when Dhoni leaves his job as ticket collector and sets off to pursue his dream, probably a day prior. He is more patient and cooler than I am.

Besides Dhoni which other performances of 2016 by male and female actors pleased you?
As far as performances are concerned I think Manoj Bajpai in Aligarh and Swara Bhaskara in Nil Battey Sannata are my favourites of 2016.

You are now doing Raabta. What do you expect from yourself in this film?
I am almost done with the shooting of Raabta. We have tried to attempt a new grammar of romance and it's looking damn good of what I've heard. I hope it gets a warm response from everyone who watched it.

You learnt to play the guitar for this film. Do you plan to pursue a career in music?
I was learning it for Homi Adjania’s film called Takadum, and I still am. Although music had been a part of my life but I never had any first-hand experience of playing an instrument. It's a strangely wonderful experience and I intend to continue and explore more.

There has been a lot of speculation about your romantic associations post your breakup? How much of these true, and how do you react to these stories?
I like it when people gossip about you. It tells you two things. One, you're worthy of their time, and two, you are interesting. It would be great if they allow me in those conversations. I promise I would play along and make their fictional stories more convincing.

Not all that’s written about your social activities is fictional. There is pictorial evidence for some of it. Anyway moving on, tell me about your plans to go on stage?
I have fond memories and immense respect for stage acting. I am trying to put one play together and am looking forward to experiencing going on stage very soon.

You also intend to turn producer. What kind of films will you produce?
Films that excite me on some level and need my support in getting made. I'm also thinking of a different start-up that will do the same. Filmmakers looking for funding could get benefited. I always feel money flowing from irrelevance to relevance is a good thing.

What should the audience expect from you in 2017 and what do you expect from yourself in the coming year?
Well ,expectations if they have to be should be that whatever films I will do and people expecting would watch will strive for originality and entertainment value.