It was a long time ago but Farah Khan, once upon a time, had a massive crush on Chunky Pandey. We all know that Chunky Pandey has won hearts with films like Tezaab. It was during those times, that Farah Khan, who was then a choreographer for Bollywood films, had a crush on him. During The Khatra Khatra Show, Farah made this surprising revelation to the actor’s daughter Ananya Panday. 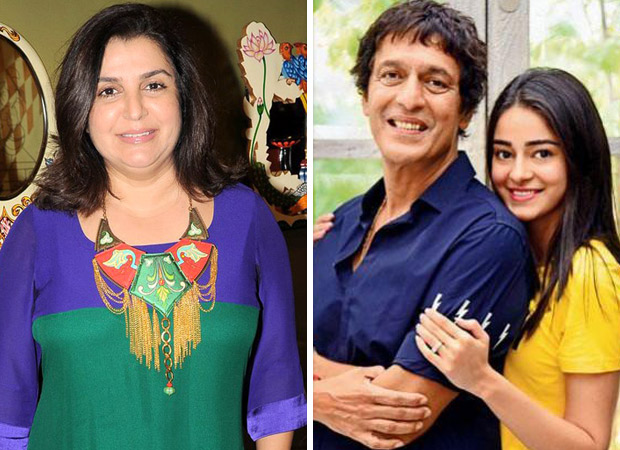 Did Farah Khan just reveal that she had a crush on Ananya Panday’s father Chunky Pandey?

Ananya Panday, who made her Bollywood debut with the film Student Of The Year 2, recently came to The Khatra Khatra Show as one of the guests. During her fun banter with Farah Khan, the latter revealed to her that she used to like her father so much that befriended his then girlfriend and now wife, Bhavana Panday, so that she can get to work with him. Finally she landed the opportunity to work with him. However, Farah went on to add that after working with him, she was glad that nothing happened with him. Although she didn’t delve into many details, keeping up with the humor, she went on to say that she thanked Bhavana for getting married to him.

Readers may be aware that Farah Khan and Chunky Pandey recently had a fun conversation on social media after she posted a video with Ananya Panday. The comedy video featured Farah exclaiming that Ananya won a National Award for her film Kaali Peeli, followed by which she adds, that ‘she is joking’. The latter dialogue was a reference made to Chunky’s popular role of Aakhri Pasta. Followed by that, Chunky and Farah got into banter about ‘overacting’.

Also Read: Farah Khan responds with this hilarious comment to Chunky Pandey after he comments on her ‘overacting’ skills