Farah Khan is known to speak her heart out. Recently, the multi-faceted filmmaker decided to shoot a hilarious video with the Gehraiyaan actress Ananya Panday. Followed by her caption on overacting skills for the same video, Chunky Panday commented on Farah’s acting skills. Replying to the same, Khan, being her quirky self, had a rather funny response. 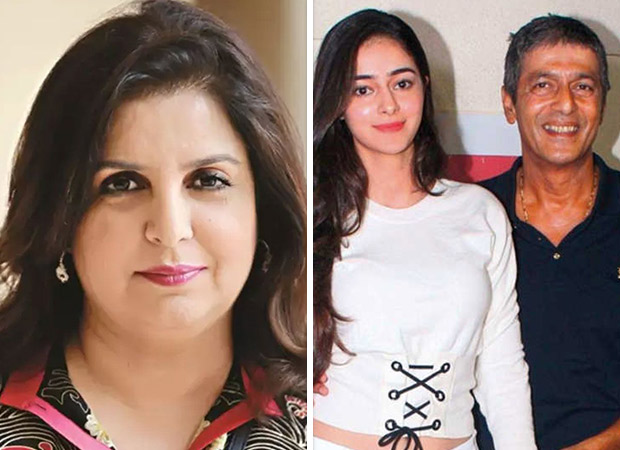 Ananya Panday recently shared a video on Instagram where the actress is seen getting ready in her vanity. Farah Khan immediately enters announcing that the actress has won a National award for Khaali Peeli. Soon the camera pans on the filmmaker, who immediately gets into Chunky Pandey’s famous avatar of Aakhri Pasta saying, “I’m joking” and we can see Ananya make a sad face. Sharing this video, Ananya said “50 rupya kaat overacting ke ???? always the funnest time with @farahkhankunder ????”

Followed by that, Chunky Panday posted a comment saying, “Farah you should get an award for overacting in this video.” To the same, Farah wittily answered, “@chunkypanday apne beti ko sambhal pehle”. 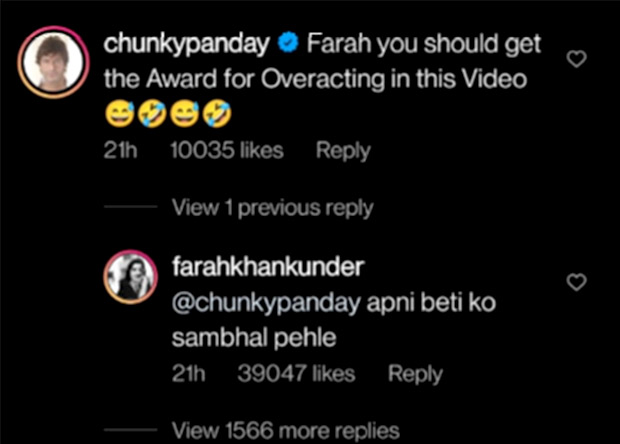 Besides this fun banter, celebrities like Arjun Kapoor and Ananya’s mother Bhavana Panday too commented on the video.

The film in question, Khaali Peeli featured Ananya Panday along with Ishaan Khatter. Directed by Maqbool Khan, the film released on Zee5 in the midst of the COVID-19 pandemic, on October 20, 2020.

Farah Khan, who has been a choreographer for long, turned filmmaker with Main Hoon Na and went on to direct films like Om Shanti Om and Happy New Year. She also turned actress with the Boman Irani comedy film Shirin Farhad Ki Toh Nikal Padi. She is also a popular hostess in many TV shows, celebrity judge and she also backed the Netflix film Mrs Serial Killer starring Jacqueline Fernandez and Manoj Bajpayee.