Earlier today Alia Bhatt took to her Instagram stories to ask her followers on what she should post next in her Instagram feed. The actress also shared a screenshot of the requests she received by her followers. Majority asked for an update on her film Brahmastra or a picture with Ranbir Kapoor, opposite whom she will be seen in the film. And on popular demand, Alia Bhatt delivered so. 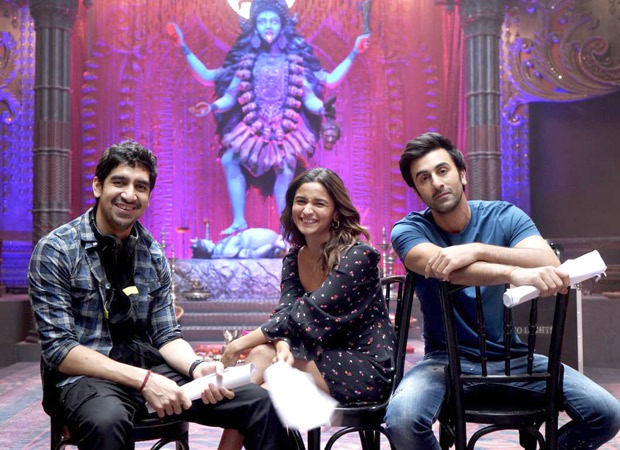 Soon after the requests poured in by fans, Alia Bhatt shared pictures with her favourite duo- Ayan Mukerji and Ranbir Kapoor, who then made for the perfect trio. In the pictures, the three are standing on the sets of their film with Hindu Goddess Kali Ma in the background. Sharing the pictures, Ali wrote, "it’s a blessing to be on this journey.. & these magical boys just make everything ????????????♥️♥️♥️P.S - this is jussssttt the beginning"

While details of the magnum opus is under wraps, the shoot of the eagerly anticipated film will wrap up soon. Brahmāstra will release theatrically across 5 Indian languages – Hindi, Tamil, Telugu, Malayalam and Kannada. The film also stars Amitabh Bachchan, Mouni Roy and Nagarajuna.