Last Updated 05.12.2022 | 10:34 AM IST
feedback language
follow us on
Bollywood Hungama » News » Bollywood Features News » EXCLUSIVE: Uttaran actress Tina Datta opens up about her feelings before entering Bigg Boss 16; says, “I am a survivor and I know I can overcome this challenge with flying colours”

Tina Datta, who had a long standing association with Colors, will be returning to the channel but not as TV show ‘bahu’ but as a reality show contestant. The actress gained fame with the role of Ichcha in Uttaran that aired on the channel. The show focused on class divide and how Ichcha, despite being born to a house help becomes an educated, strong woman with principles and values. The show further also took a leap of 18 years, followed by which, Tina played a double role of Ichcha and Meethi. Now the actress is back on the small screen and this time audiences will get a sneak peek of the actress’ real life persona in Bigg Boss 16 since she will be seen as one of the contestants. In this exclusive conversation with Bollywood Hungama, we give you a glimpse of last minute thoughts of Tina Dutta before entering the house. 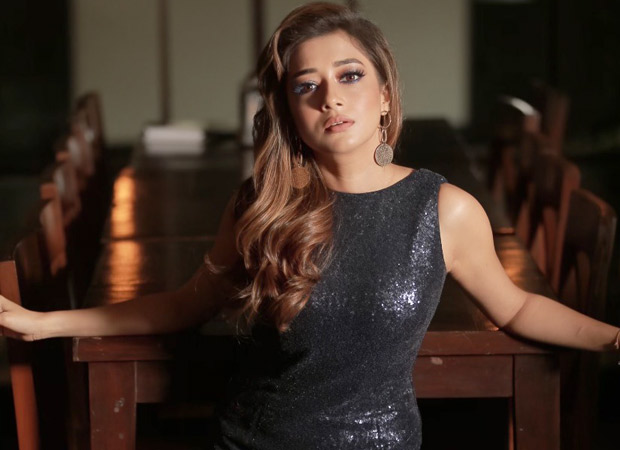 EXCLUSIVE: Uttaran actress Tina Datta opens up about her feelings before entering Bigg Boss 16; says, “I am a survivor and I know I can overcome this challenge with flying colours”

This is a new space for the actress but her excitement is infectious. “The show has butterflies jumping around in my stomach.  There is a kind of nervousness but it’s the good kind - the one that comes when there is anything exciting and new about to happen.  I’m sure Bigg Boss will be a beautiful chapter in my life.”

When asked about what inspired her to take up a show like Bigg Boss, she said, “Bigg Boss is the most challenging reality show on Indian Television.  Honestly, I always thought I can’t but then there comes a time in life, when one must take risks, one must take on challenges head on and I think this year is that year, when everything fell into place,” she said. The actress also asserted that she is ready to take this up as a challenge. “I am a survivor, someone who has been independent since a very young age and hence I know that this challenge too is something I can overcome with flying colours.”

While she was sure that she was all set to take up this show, we asked her if she is also ready to take on the drama that comes along. “I don’t think one can ever be perfectly ready.  But yes, I am reminding myself that I won’t have my greatest strength - my family, my dogs Rani and Bruno and my friends when I am inside the house.  All battles, all challenges have to be faced by me alone.” Her confidence made us wonder if she has strategy planned but the actress asserted that there isn’t any. “Can you really plan a strategy for a show like Bigg Boss?  It is impossible.  I know that I am just going in as Tina - someone who is not perfect but someone who wants to truly win more and more love from her audience,” she shared.

Besides all the accusations, blame game and scandals, one of the main issues that often lead to major fights in the house, are household chores. But in case of Tina, that can never be an issue. “I have lived alone for over a decade and I am used to managing on my own.  I think I can do any of the chores because ghar apna hai toh kyun nahi.”

In this lovely chat, the actress also discussed about how much she followed the show in the past. “As an audience, I really enjoyed Season 11 and 13 because I think both had a brilliant contestant line up and the house dynamics too very a lot of fun.  There was everything from entertainment to fights to the right mix of light-heartedness in these seasons,” she added.

Considering that she has seen the season, she also knew about the kind of things that more often than not, can fall against you. The actress thinks being genuine is the trick to last in the Bigg Boss. “I think being as real as you can be, because when you go to be someone you are not, you are left with a confusion.  Don’t lie to yourself or to your audience and rather let the imperfections come through, your audience will love you for who you are,” concluded Datta.