Sonakshi Sinha is one hell of a diva. She is your typical mainstream actress who is forever entertaining on screen regardless of what her character is. She is a live wire when it comes to giving interviews and is extremely fun and amusing! Her film Happy Phirr Bhaag Jayegi is currently running in the theatres and has received good response both from critics and the general public.

While promoting the movie she along with Diana Penty exclusively spoke to Bollywood Hungama and sportingly participated in the fun segment: Oh Boy Yes I Have and Oh God How Can I. In a series of fun questions, Sona was asked if she ever cheated in an exam. Her response was honest and totally candid. She said, “Oh Boy Yes I Have.” Diana had an opposite answer to this as she replied, “Oh God How Can I?” Sona was totes perplexed with this and she said, “No for this also?” To which Diana replied, “I was a total geek in the class. I used to study and come first, second or third.” 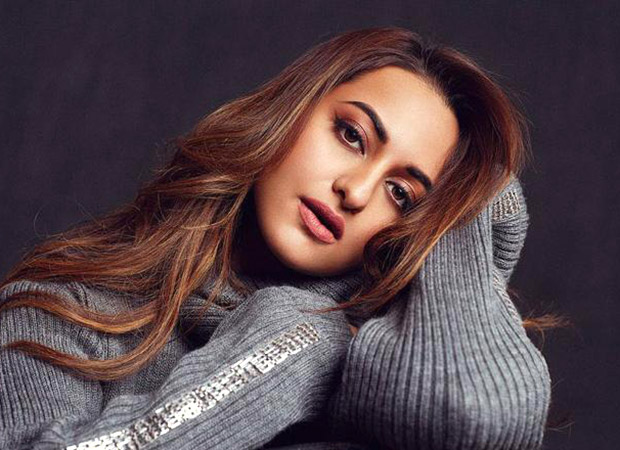 Sona further elaborated on her story and said, “I was caught once and after that I never cheated again.” She further added, “My sir caught me once and I felt so guilty, after that I never cheated. “The usually talkative Sonakshi was pretty tight lipped when she was asked if she ever had a crush on a co-star. After a knowing smile, she refused to answer this question. She said, “Mujhe Nai Dena Hai Answer.” Diana further jumped to a quick conjecture and said, “That means her answer is Oh Boy Yes I Have” and Sonakshi was quick to reply, “I am not saying anything,” with a laugh!

Happy Phirr Bhag Jayegi is directed by Mudassar Aziz and produced by Kishika Lulla and Aanand L Rai. Check out Sonakshi and Diana’s fun segment below.