She is bindaas and talking to her is always fun, just like her films. At the Big Cine Expo 2019, the choreographer-turned-director Farah Khan was in her element completely as she was felicitated by the exhibition sector for her contribution to box office through her directorial ventures. On the dais, she exclaimed how important such an honour is for her and quipped “I’d rather get a packed crowd in a theatre than five-star reviews!” and later also admitting “I am trying for the Rs. 300 crore club”. Later, at a media interaction, she cleverly dodged questions regarding reports of her next film, which is speculated to be the remake of Satte Pe Satta. But about the felicitation, she further stated, “Everyone is running behind the need for critical acclaim. However, exhibitors and distributors are crying. Theatres are empty. I’d rather have the exhibitors giving me an award as it’s an indication that my movies make money for everybody.”

Sometime later, in an exclusive interview to Bollywood Hungama, she spoke about this honour and in her trademark style; she made the chat quite fun and engaging. It was also heartening to see that during the interview and even in her speech, she raised concerns about the rising ticket prices, thereby proving that not just with her films, even with her talks, she knows how to connect to the aam junta!

You have given four films and all of them have been successful. Even a film like Tees Maar Khan was a hit, despite the word of mouth…
Yes Tees Maar Khan has also done very well. It got a lot of thrashing but it made money for everyone. I have no qualms in saying that I want my films to do well pan India. I don’t make films for 5-10 critics or for niche audiences. I watch and enjoy these niche films. But I neither know how to make them nor have the desire to do so. I want that when my film releases, it is nothing short of an event and that whole country would want to go and see it. So for me, this honour is much bigger than getting a Critics award as it means that everyone in the chain made money out of my movie. And my father was a producer. Our childhood was traumatic since his films flopped and hence we became poor. So for me it’s important that nobody should lose money when I make a movie. It’s like a moral responsibility!

At the event, we found out that you call exhibitors after your films are out and you ask them whether they made money…
So exhibitors spend a lot of money in buying our films. Theatre owners and distributors at times go kangaal if your movie flops. Ghar bik jaate hai logon ke since they bought it at such a high rate. That’s why you hear of stars like Salman Khan who return the money when his films flop because the distributors can go bankrupt with just one movie. So for me it’s always heartening to know that it’s boom time for everybody thanks to my film. Who cares if one or two critics have not liked it!

How much does social media play a role in making or more importantly, breaking a film, in your opinion?
Every person with a phone is a critic. On social media, random people are giving their critical analysis but it’s talking nothing about the film per se. Hamari country mein gin ke ek ya do critics honge jo picture ko ache se evaluate karte hai like how was it shot, how was the direction, screenplay kaisa tha etc. I just feel that if your content is good and if people want to watch it, it will work. But it is harmful in some ways. Like I was talking to Shahid Kapoor. His film Kabir Singh has done so well. But because it got criticized so badly, I just feel that if he is going to win some award for it, then the organizers might have second thoughts looking at the barrage of criticism that the film got. 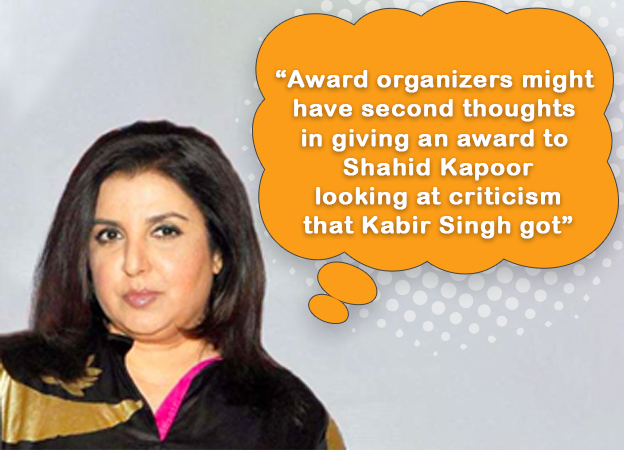 However, the film enjoyed a great word of mouth and collected Rs. 275 crore. So the criticism really didn’t matter…
But it matters to the person who made the movie. When you get a harsh review and when people are not willing to see the business of the film, forget its merit, the one who made it can get affected.

We often hear of cinema halls getting shut. The number of screens is very less considering how huge our country is. Our neighbouring country China is on another level in this regard…
The government has to help out and I think, the present government will help out because they are having dialogue with those related to movies. It’s the consumers like you and me who have to pay for the pricey tickets. I go to cinemas and I am like ‘Popcorn itna mehenga hai, ticket itni mehengi hai…’

It’s very heartening to see that despite your excellent financial condition at present, you still talk about these things…
Yeah. I remember it was a Saturday and I went to see some big film. I was charged 1600 bucks for a single ticket. I was like, what the hell! I was also going for the optimum and premium experience. Still this is too expensive. But what choice do these exhibitors have? Taxes need to be reduced and benefits and concessions have to be given. It’s like restaurants. If government keeps increasing the tax, then ultimately the burden will be passed on to the consumers.

With films like Baahubali, 2.0 and Saaho, a new trend has emerged of having films that are either dubbed in Hindi and then released extensively in traditional domestic markets or making them in various languages simultaneously. Would you like to try such kind of a film? You are known for masala and pan-India films and hence, you’ll be apt for such kind of a venture…
Yes, why not? But I should have a great script that does justice to actors of both the industry. Otherwise, the fans in South will kill me if I don’t portray their heroes well because they are fanatical about them! But yeah it’s a great idea. I can take one actor from Punjab, one from the South and one from Hindi movies! 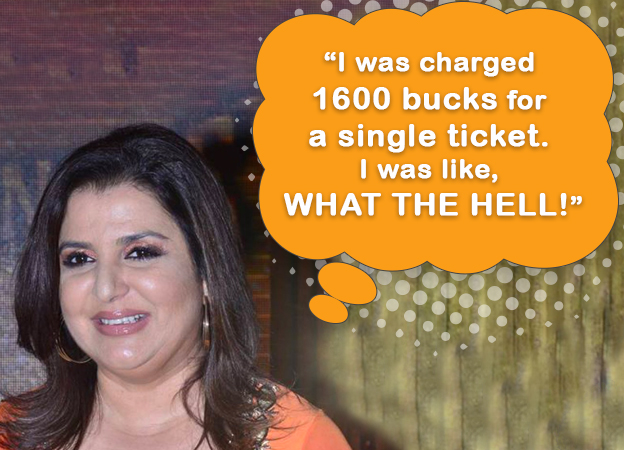 At one point, you had said that you are going to make a two-girl film…
Whenever I say that I want to make a chota movie, people question me that ‘Tu kyun choti picture bana rahi hai? Tu badi picture bana.’ But I think it’s a good problem to have! After making a big movie, I say that I want to make a movie about two people talking in a room, as these event films take a toll. But I hope with my next film, I don’t take such a gap.

Yes you shouldn’t…
I know but I have kids also. I have a life which is not only about my work. I have three kids and I have a house to run. Hence, I want to enjoy that part of my life also. I never wanted that I am not around when my kids are growing up. Fathers can afford probably because the mother is looking after the kids back home. However, for me, it was important for me to spend quality time with them when they are growing up. And now they are looking forward to me going and shooting. I am going to make them do some jobs on sets. Let them earn some money!

Also Read: Farah Khan’s next to release in 2020 end; official announcement next month