Last Updated 18.05.2022 | 10:10 PM IST
feedback language
follow us on
Bollywood Hungama » News » Bollywood Features News » EXCLUSIVE: Salman Khan describes how his own family is whole of BHARAT in itself

Salman Khan BROKE all box office records with Bharat. The movie has garnered about Rs.42.3 crores and has recorded the HIGHEST number in the history of all Salman Khan starrers. The movie is adapted from Korean film Ode To My Father and talks about the nation’s journey along with its leading man. 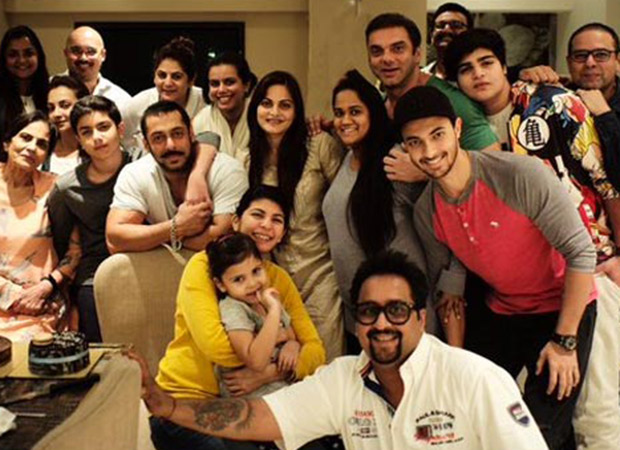 EXCLUSIVE: Salman Khan describes how his own family is whole of BHARAT in itself

While Salman’s Eid offering is all about asserting the importance of National Integration amongst the masses, he lives by the example. He is a big family man and almost all festivals are celebrated with equal pomp at his home. He is a living example of what his on-screen character Bharat stands for.

While speaking EXCLUSIVELY to Bollywood Hungama, he spoke about this. He said, “Yeh bade aasani se kar lete hain hum log. Mujhe yaad hai mere papa ne kahan tha mujhse ki jab unki shaadi hui thi meri maa se.. .ek musalman pathan aadmi getting married to a Maharashtrian girl who is half Maharashtrian and half Dogra Rajput… Hindi Muslim ka tabhi bhi kuch nahi tha…sirf yeh tha ki yeh film industry se hai…uss baat ka hamari family mein tabhi bhi stress nahi tha. (We do this very easily. I remember my dad telling me that when he got married to my mother, he was a Musalman Pathan getting married to a Maharashtrian girl who is half Dogra Rajput. Even then there was no stress given to them about their religion.)Then my father took my mother to his Pathan family and in a second they apnaoed her. So this was never an issue with us and till today it never is. Even Helen Aunty is Catholic, my brother in law is Punjabi.”

When asked if it is true that entire Bharat resides at his residence in Galaxy Apartments, he said, “Yes, It’s a fact.”