Small films often have big hearts. But sadly due to lack of buzz or star cast, these films often go unnoticed, even if these movies get 4 or 5 stars. One such film that has been making waves in the festival circuit is Kaamyaab, a story of a character-artist trying to make a comeback, resulting in madness and some poignant moments. It stars Sanjay Mishra in one of his accomplished performances. Thankfully, this film has now got a huge chance to do well at the ticket window. Last week, it was revealed that Red Chillies Entertainment, owned by superstar Shah Rukh Khan, will be backing this film. Produced by Manish Mundra’s Drishyam Films, Kaamyaab is now scheduled to release on March 6 this year. 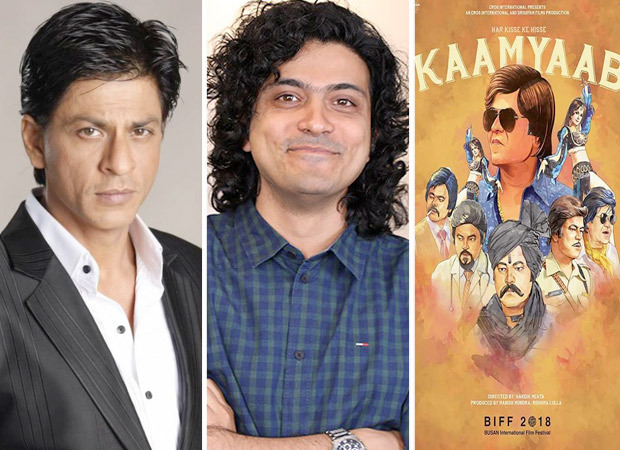 Debutant director Hardik Mehta, obviously, is thrilled with these developments. Speaking exclusively with Bollywood Hungama, he says, “We wanted a presenter on board because otherwise, small films generally don’t get a good release. Earlier, Tumbbad and Newton got Aanand L Rai and Eros International on board; likewise, Anurag Kashyap backed the Assamese film Aamis. Similarly, Drishyam Films made this happen. Also, at MAMI Film Festival, we got a very positive response, including a standing ovation. Red Chillies found out about the appreciation and they asked for a print. Then Shah Rukh sir, Gaurav Verma, the CEO of Red Chillies Entertainment and others saw Kaamyaab and they really loved it. Moreover, Red Chillies had also produced Om Shanti Om and Billu Barber etc which were films about films! Shah Rukh sir himself loves Bollywood and the fun stuff around it. Kaamyaab is about typical character actor of the 80s. He liked the concept and it touched his heart. And the rest is history!”

When asked how it was meeting the superstar, Hardik Mehta reveals, “I haven’t met him yet. Drishyam and Red Chillies have been talking. But of course, I am very keen to meet him. For any filmmaker who comes to Mumbai to make films, to meet Shah Rukh Khan is a dream come true. He also happens to be from Jamia Millia Islamia in Delhi, where I have studied.”

Though Shah Rukh Khan is one of the superstars, one can’t help but think if the story of Kaamyaab resonated with him on a deeper level. After all, it’s also about an actor who’s keen to be back in the public eye and get the love from viewers, the way he got once. After Zero flopped badly, SRK hasn’t signed a single film but surely yearns to be back with an iconic performance. Hardik Mehta, however, makes an interesting point here, “It’s very iconic that a big superstar is supporting a film on a character-actor. It goes to say how much he feels for a subject like this. It makes me realize that all through his 30-year-long career, he must have supported so many of such actors. Generally, people assume that stars are arrogant and they care about no one but themselves; and that woh kisi ka line kha jaayenge. However, Shah Rukh sir coming on board has just proved that it is not the case.”

Interestingly, Hardik Mehta has also created a history of sorts. He might be the only one or one of the rare debutant directors whose two films are scheduled to release within a span of 1 ½ months! While Kaamyaab hits screens on March 6, his other Roohi Afzana, produced by Dinesh Vijan’s Maddock Films will be out on April 17. Hardik reveals, “It has just happened by accident and even I had not designed this way. I was expecting Kaamyaab to release in December 2019. But I guess good things take time. We are very elated with Red Chillies coming on board; it has given a great validation to our small film.”

He admits that handling both the films will be a task. He admits, “I have to juggle Kaamyaab’s promotions and Roohi Afzana’s post-production and marketing very well now. Both my producers are happy and both the films are being given equal treatment from my side! These are nervous times but they are good times too!”

Before signing off, he enhances excitement for Roohi Afzana as well, “You’ll enjoy Roohi Afzana a lot as it’s too humorous. Rajkummar Rao and Varun Sharma’s comic timing and Janhvi Kapoor’s performance will surprise everybody. Mark my words!”