Rajkummar Rao, the powerhouse of a performer, has an array of films in the pipeline. The actor has become every producer - director's go-to actor for their interesting projects. While the actor has done varied roles in the past, his game-changing role in Bareilly Ki Barfi and now upcoming quirky horror- comedy Stree, he is experimenting with comedy genre as well. Now, he is all set to feature in another quirky film Made In China, which will be produced under the banner of Dinesh Vijan's Maddock Films. The film will star Mouni Roy in the leading role and Rajkummar's wife. 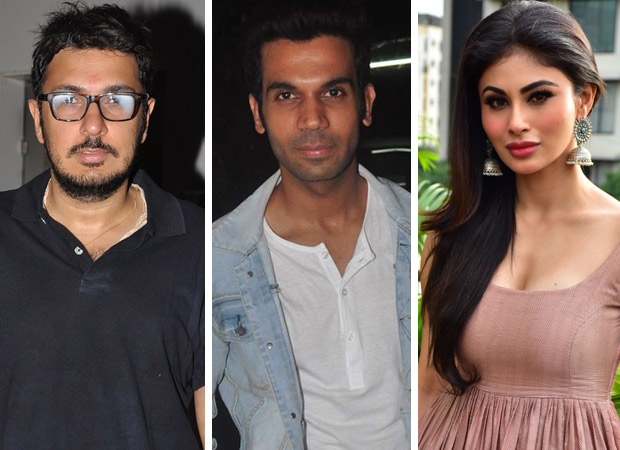 Rajkummar Rao, who has had a busy month with the promotions of Fanney Khan, has begun promoting Stree without taking any breaks. With the film releasing on his birthday August 31, he is pretty kicked about it. Then, he will straight away dive into Made In China. The film will kick-start in September. Talking about the same, Rajkummar Rao recently revealed, "We are about the start Made In China in September first week. Most of my focus will be there."

Producer Dinesh Vijan, who is pretty pumped about Stree, is ready to begin the film. Talking about casting Mouni Roy as Rajkummar Rao's hot wife in Made In China, Dinesh said, "I believe that Mouni has very innocent eyes. She plays Rajkummar's wife. She is someone who can easily look like a ball buster. This is a very simple story about a struggling husband and wife who have these dreams. He (Rajkummar Rao) needed to have a really hot wife. Mouni is hot and she can look strict but she has got very gentle eyes. I think that's the reason. She has a huge connect with small-town India. It's a nice combination of Raj and Mouni with Boman Irani. It's very interesting."

Made In China will be directed by filmmaker Mikhil Musale, whose 2016 thriller-drama Wrong Side Raju bagged the National Award for Best Feature Film In Gujarati. He will be making his Bollywood debut with this film that will be shot in Ahmedabad and across China. This film is said to be a hilarious take on a struggling Gujarati businessman and the bizarre journey he undertakes to become a successful entrepreneur. In Made in China, Raj’s character approaches Boman with a business opportunity, and although reluctant initially, the doctor relents by the end of their conversation. The release date hasn’t been decided yet but is expected to release early next year.

Also Read: Mouni Roy opens up about playing a villain in Ranbir Kapoor-Alia Bhatt starrer Brahmastra and how Akshay Kumar’s Gold came about