The shooting of one of Bollywood’s most ambitious action-dramas, Bhuj: The Pride Of India, starring Sanjay Dutt, Sonakshi, Rana Daggubati, Parineeti Chopra and Ammy Virk, and directed by debutant Abhishek Dudhaiya, has been underway for the last few months. After the first schedule in Hyderabad, a lavish song number in Mandvi in Gujarat, and magnificent action sequences (including portions of the climax), at Kathda village in Mandvi taluka, Gujarat, the team shifts to Lucknow, Hyderabad, Bhopal, Indore and Mumbai and completes the shoot. The movie is produced by Bhushan Kumar, Ginny Khanuja, Vajir Singh and Kumar Mangat Pathak. 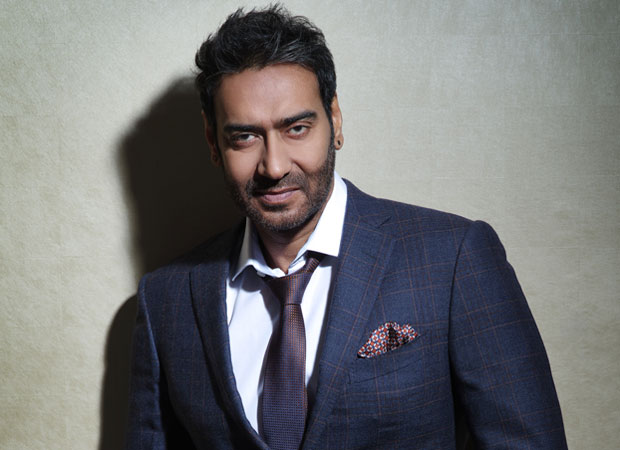 Bhuj: The Pride Of India boasts of some fantastic action sequences by National Award-winning action choreographer and stunt coordinator Peter Hein, along with action and stunt designing teams from Bulgaria and Vietnam, who are choreographing the high-paced thrilling action and war sequences in the film. The filming began with an introductory scene of Devgn, in Bhuj last week and culminated with an action-packed finale with at Kathda village in Mandvi. There have been rumours since then that Ajay is ghost-directing the film due to certain creative differences and movie going over budget but that is not true.

Says a trade source, “The producers and Ajay himself, wish to make this film on an ambitious, real yet grand scale so some of the best technicians have been employed for Bhuj: The Pride of India so budget will be high anyways. The makers are sparing no expenses to make sure that the film is a visual treat for the audiences. It was a historic event which needed to be showcased for all to see and Ajay is while-heartedly involved in the making of the film. Apart from an actor, he is well-versed in stunts, action and VFX and known to express his mind if he feels something is wrong. Buzz is that during the shoot in Kathda village (Gujarat), that certain differences arose between Ajay and the director. Expensive sets of Bhuj airport and replicas of IAF fighter planes had been constructed for action-packed climax sequences to shoot portions of the climax and certain issues arose between the director and Ajay. Minor creative differences can always arise between stars and directors but they get resolved almost immediately.”

Elaborating on the scene which raised a few tempers (and voices), the source add, “It was during one such major action sequence when apparently, Ajay felt that it could be shot according to what action choreographer and stunt coordinator Peter Hein had visualised it. It had been happening a few times and Ajay had tried explaining to Abhishek. The director, being new, was taking time to shoot high-octane action scenes and though Peter Hein had everything planned Abhishek wanted it in another way. Apparently, the hours of shooting were fewer because Abhishek was taking his time to figure out some scenes and the budget was going high. Ajay is a very clear and level-headed actor and also a producer. He knows how being over budget can affect the box-office success of a film so he explained everything calmly to Abhishek. It almost escalated into an argument but everybody, including Abhishek saw reason and calmed down. The disagreements were sorted and after the Kutch shoot, as scheduled the next one resumed in Mumbai from September.”

Bhuj: The Pride Of India is about Indian Air Force (IAF) base commander, Squadron Leader Vijay Kumar Karnik (Devgn), who along with two other officers, 50 IAF and 60 Defence Security Corps personnel kept the Bhuj airbase operational and airstrip ready, during the 1971 Indo-Pakistani war, to receive a squadron of fighter planes from Punjab. He was helped by 300 villagers, mostly women, who took up the task of repairing the airstrip.

Sonakshi plays Sunderben Jetha Madharparya, a social worker, from Madhapur, who convinced the local women to help rebuild the only runway in Bhuj that was bombed by the Pakistani army. Sanjay Dutt plays civilian, Ranchordas Svabhai Ravari, who helped the Indian Army win the war, Rana Daggubati plays Madras regiment Lt Colonel who was posted in Vighakot chowki and fought the Indo-Pak 1971 war, Parineeti Chopra plays Heena Rehman, an Indian spy staying in Lahore in the movie and Ammy Virk, a fighter pilot in the IAF, who played a very crucial role in this historic win. The movie will release on Independence Day next year.