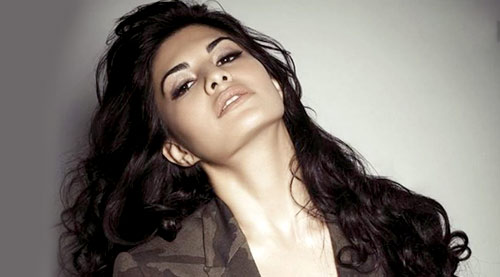 Kick is a solid success and while it is already the biggest grosser of the year inside first week, a lot more is expected to be added to the eventual total, hence ensuring that 200 crore milestone is not too far away. While for Salman Khan, this is his seventh 100 crore affair in a row, producer-director Sajid Nadiadwala has made a flashy beginning with the highest total ever for a debutant, while en route to eclipse Arbaaz Khan's record of Dabangg 2 which made 155 crores. Meanwhile for Jacqueline Fernandez, who had a good contribution to make in the film, this is her third century after Housefull 2 and Murder 2.

Well honestly, it is yet to sink in. I don't know how to react. Almost a week has passed by and I am still numb. Guess there was so much hype surrounding the film ever since its announcement that I managed to control my emotions right through. I keep getting congratulatory calls, there are absolute strangers meeting me and saying 'hi', the adulation is just different from whatever I have experienced in my short career so far.

I hear that audience is throwing 'chillar' on screen when your song 'Jumme Ki Raat' plays on screen. The last time it happened was perhaps for Kimi Katkar's 'Jumme Chumma De De' act with Amitabh Bachchan in Hum.

Really? Wow, that's news. I must have been a little kid back then. How much I love that song though and now to have one such popular number to my name is a different thing altogether. Some of my fans did share with me videos of people dancing in the aisles when 'Jumme Ki Raat' was being played. I really want to check out theaters myself and see the reactions. Perhaps I will step into one in a day or two.

After a debut in Aladin years ago, guess it is patience that has paid off well for you, isn't it Jackie?

It is very magical what has happened. It is a fairy tale no less and yes, the patience has for sure paid off. I don't think a movie with Salman would have ever come to me. While signing movies, I used to weigh my options practically. Yes, I was being choosy but then I didn't wish to rush up anything either.

One would have expected you to be on a signing spree though after Race 2 and Murder 2. In an industry like Bollywood which is so unpredictable, you must have been tempted to pick up intermittent offers. How difficult was it to resist this temptation?

As a matter of fact after Race 2, I was quite disappointed. That's because even though the film had done so well, I wasn't getting many good offers. I wanted to wait for a couple of months and then decide whether I should pick up the next film that came my way. Honestly, I was getting a little bit worried. The only movie that came next was Roy, which was great. Then came Kick and I was relieved.

That must have been something.

Right. (Laughs) In fact I was shouting so much after getting the offer that my friend's dog came and bit me. He was so surprised and there I was, who didn't even feel the bite! I was so ecstatic that I couldn't believe it was happening to me. Last time I had seen Salmans Khan, it was on the Big Boss and here was I was getting ready to shoot with him.

Now it is a known fact that you have a substantial role in the film. However back then were you worried if you would actually get enough screen time in a Salman Khan starrer?

I knew that I had a role to play and I won't deny that I was under immense pressure. However, that only made me more focused. I was constantly working on my lines, styling and look. I was making sure how I looked in front of the camera. I left no stones unturned for my dubbing since this time around I most definitely wanted my own voice to be heard on screen.

Guess Sajid Nadiadwala supported you well all through the shoot as well.

The way he was on the sets, it seemed like he had been directing for years. I never felt like being with someone who was tough or intimidating. I was extremely comfortable working with him as he never makes you feel nervous. He is a very positive guy.

And now you begin work with another debutant director Vikramjit Singh for Roy.

Yes, I start shooting in the month of August. It is in an altogether different space when compared to Kick. That should be something.