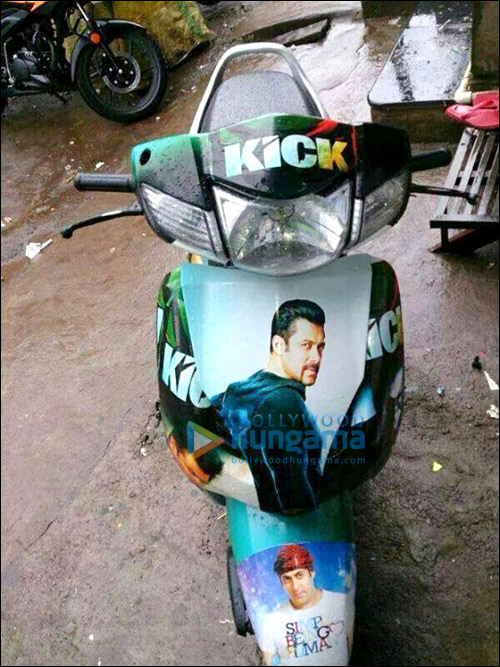 Salman Khan, who was seen celebrating Eid with his family, had an added reason for joy as his latest release Kick that has been doing brisk business at the box office entered the Rs. 100 crore club within its first week of release. While most people have been showering the actor with praise for his film, there are always a few fans crazy enough to go that extra mile.


In fact, more often than not each move, mannerism or style of Salman Khan has been instantaneously aped by his ardent fan following, taking it one step further. One such crazy fan of Salman's re-modeled his two wheeler to feature visuals of the star from Kick. Whatever be the case, one thing for sure is that Salman Khan does have die-hard fan following.


As for the film itself, Kick that also features Jacqueline Fernandes and had a solo release last Friday, still continues to hold strong and with no Bollywood releases, this week the film's collections are sure to increase.