The entire Indian Television fraternity, with the efforts of the top producers, have come together to give out a very special and important message during the current pandemic crisis. This initiative is spearheaded by producer Ekta Kapoor and also includes other top producers namely Binaifer Kohli, Gul Khan, Fazila Allana, Abhishek Rege, JD Majethia and Anil Wanvari. 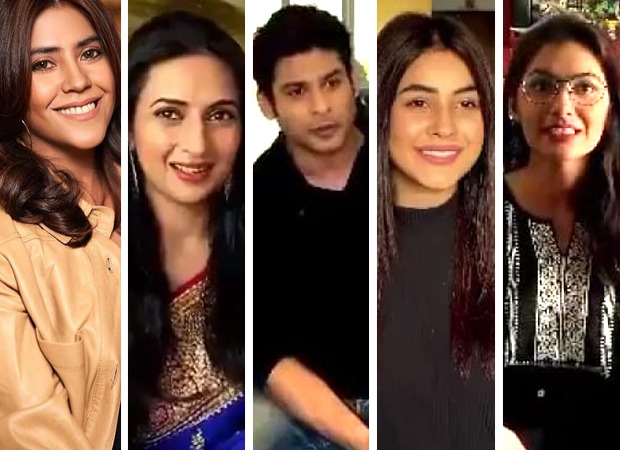 This innovative and fun video speaks the universal language of entertainment while emphasizing on the importance of staying at home. The motto behind coming together of these actors from different shows across different channels is to unite people in the government’s fight against Corona.

Leading Producer Ekta Kapoor shares, “The world is currently going through a depressing time as we all are fighting and trying to cope up with a pandemic. And this present situation has made it imperative for us to unite. This video is an initiative of the television producers association of our country and we got all the top television actors to participate in this video, which was conceptualized over numerous conference calls! It is an effort from all of us in encouraging people to stay home. We hope this reaches far and wide.”

She also took to her handle and shared a video, “The Television Fraternity comes together to spread the message of social distancing and staying positive in these unprecedented times! Here’s a made-at-home film with your favourite stars from television, leading by example! #TvFraternityStandsTogether #StayHomeStayTuned #ChangeWithin #AloneTogether."

JD Majethia, Producer, Chairman IFTPC (Indian Film and television producers council) TV & Web series expresses, “Though TV industry is widely spread everyone connected from artists, technicians, workers to producers are always a phone call away, especially for their Fans. One message from Ekta Kapoor on producers group and here we have a Multi starring entertaining