It has been 25 years since Dil Toh Pagal Hai, starring Shah Rukh Khan, Madhuri Dixit Nene, and Karisma Kapoor, graced cinemas to tell the story of a love triangle. It has recognisable songs and dance numbers, and fans continue to cling to the love advice given by the lead actors. Celebrating the 25 years of Dil Toh Pagal Hai, leading ladies Madhuri and Karisma shared special posts on their respective social media handles. 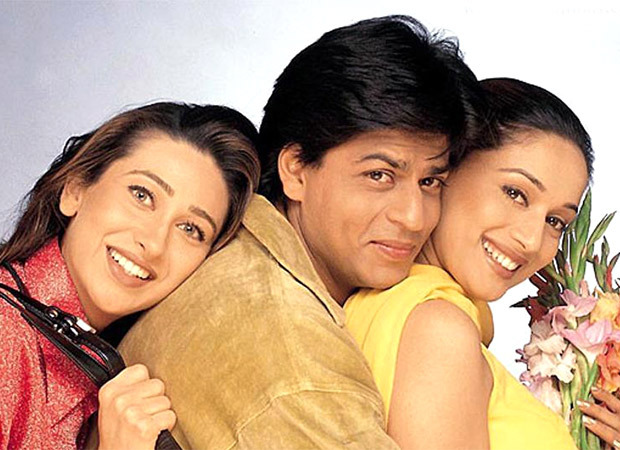 Interestingly, Madhuri, who played the titular character of Pooja, shared a reel video. In the video, she can be seen grooving on ‘Are Re Are’ from the film. Late singer Lata Mangeshkar, and Udit Narayan had given their voices to the song. Dixit looked mesmerising as she donned an all-red avatar. She can be seen performing the hook step of the song.

Instagramming her post, the ‘Dhak Dhak’ girl wrote, “Celebrating 25 years of Dil Toh Pagal Hai with my favourite song of the movie. Which one is yours?,” followed by a hashtag reading “25 years of DTPH”. In no time, fans flooded the comments section with praises. “It's so hard to choose,” wrote a user while another commented, “Loved each and every scene, dialogue and song of this movie.”

On the other hand, Karisma, who played Nisha, dropped a photo dump featuring BTS shots from the sets. One of the images sees Karisma with the late filmmaker Yash Chopra. It seems the actor-director duo was discussing a scene. Keeping her caption sweet yet short, Kapoor wrote, “Memories that last forever.” While Rhea Kapoor called it “Icon”, Malaika Arora reacted to it with a red-heart emoticon.

Directed by the late filmmaker Yash Chopra, the romantic drama is considered one of the most famous love triangles in Bollywood.