Janhvi Kapoor, daughter of Boney Kapoor and late actress Sridevi, is all set to enter the big world of films this July with Dhadak. The film marks the debut of the actress opposite newbie Ishaan Khatter. The film, which is an adaptation of Marathi film Sairat, will revolve around the forbidden love story of their characters. The trailer was released on June 11 which showcases the undeniable chemistry between Janhvi and Ishaan. 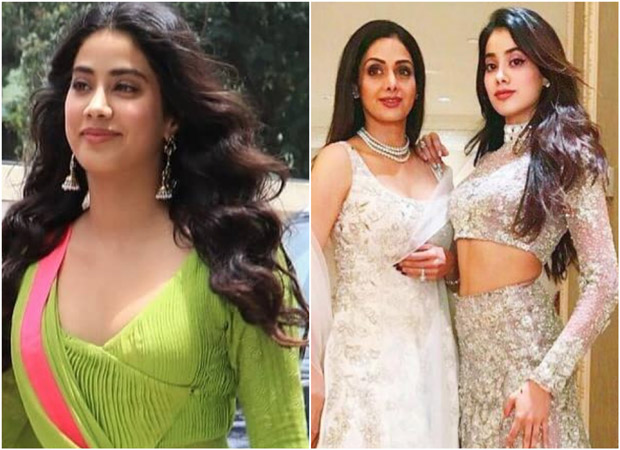 Dhadak went on floors in Udaipur in November last year. Sridevi was present during the mahurat shot as her daughter Janhvi Kapoor gave her shot for her first film. Unfortunately, Sridevi passed away in February in Dubai few months before her daughter's debut release. On the trailer launch on Monday, Janhvi was bit emotional and was definitely missing her mom. "I definitely miss her today," Janhvi said at the trailer launch of Dhadak.

When asked what was the best advice Sridevi gave to Janhvi before she entered Bollywood, she said, "The biggest and most helpful tip that she has given me is to work hard and feel every emotion, and I think that I have tried to do that."

At the trailer launch, Janhvi Kapoor was coy and nervous as she spoke in front of the media. "I'm really nervous now that I am in front of you all, but I'm excited," she said.

Produced by Dharma Productions and Zee Studios, Dhadak is directed by Shashank Khaitan and set to release on July 20, 2018.