Kangana Ranaut has faced another setback with the failure of Dhaakad at the box office. The film, which released in theatres on May 20, failed miserably and hardly any shows are playing. But, that doesn't stop the actress as she has begun prep for her next project, Emergency. Donning director's hat again after Manikarnika: The Queen Of Jhansi. 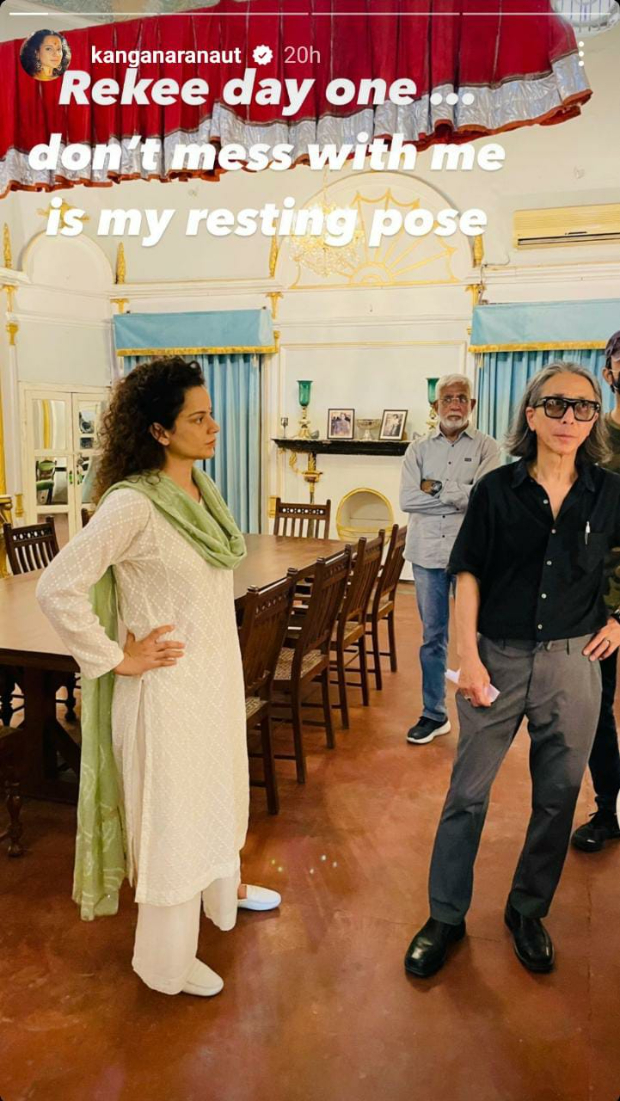 The actress posted several pictures on Monday from the recee day. In one of the photos, she wrote, "Rekee day one… don't mess with me is my resting pose." 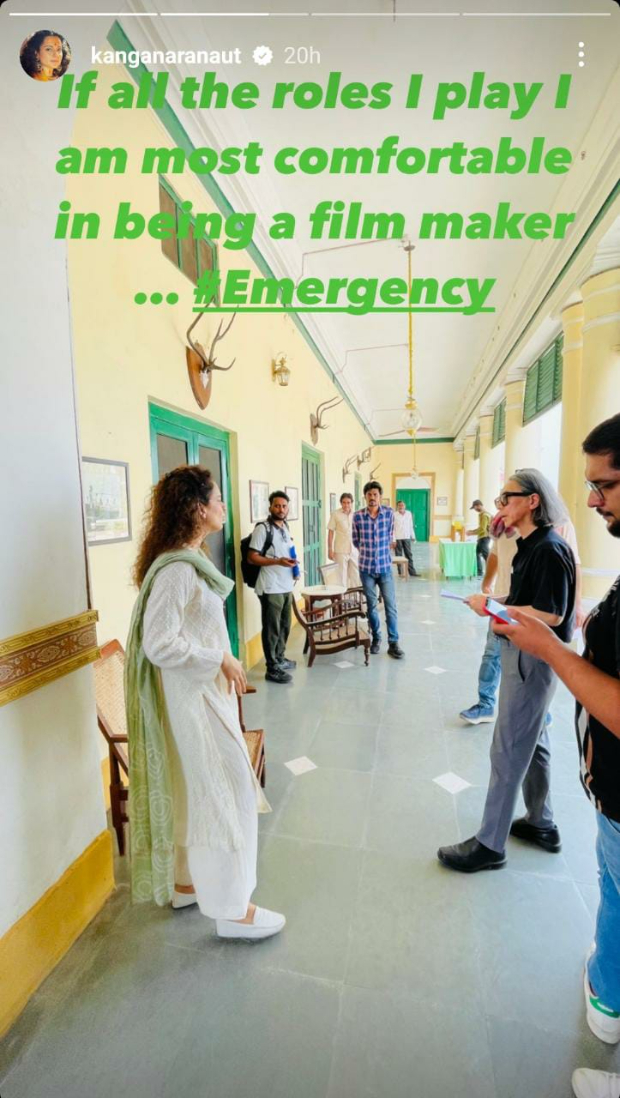 In another photo, she wrote, "Of all the roles I play I am most comfortable in being a film maker. #Emergency." She was dressed in white salwar kurta paired with green dupatta whilst being engrossed in conversation.

Kangana Ranaut had announced the project in June 2021. She wrote in a statement, "Pleased to wear director’s hat again, after working on Emergency for more than a year I finally figured no one can direct it better than me. Collaborating with fabulous writer Ritesh Shah, even if it means sacrificing on various acting assignments I am determined to do it, my excitement is high. This is going to be a tremendous journey, my leap to another league #Emergency #Indira."

Ritesh Shah will be writing the project. He has films like Pink, Kahaani, Kahaani 2, Rocky Handsome to his credit. He has also penned Kangana's film Dhaakad.

ALSO READ: Shows of Kangana Ranaut starrer Dhaakad CANCELLED due to ZERO audience in several cinemas; replaced with that of Bhool Bhulaiyaa 2