Yash Raj Films’ first historical, Samrat Prithviraj is based on the life and valour of the fearless and mighty King Prithviraj Chauhan. Akshay Kumar is essaying the role of the legendary warrior who fought valiantly to protect India from the merciless invader Muhammad of Ghor in this visual spectacle. Akshay completed 30 years in the film industry with the Prithviraj shoot and he answers 30 questions that give us a sneak peek into the person that he is off-screen! 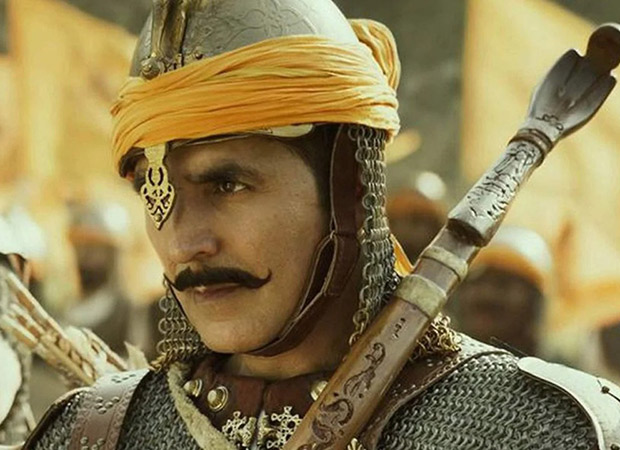 Akshay Kumar reveals what made him say yes to the film Samrat Prithviraj directed by Dr. Chandraprakash Dwivedi

In the video, when Akshay Kumar was asked what made him say yes to the film Samrat Prithviraj, he said, “The story. I loved the story. Especially the guy who is making it- Dr. Chandraprakash Dwivedi and the way he narrates it and thinks about it. The way how much homework is gone into it and how many books he has read on this. The way he has really creamed details from all these books and made them into a film. How he thought about it and how Samrat Prithviraj Chauhan used to think about and at that point how he used to think. I cannot say it because all of these things you will find in the film.”

Further talking about working with Dr. Chandrapraskash Dwivedi, the actor said, “He is a thorough gentleman. He does his homework very well. Even if he writes one sentence, he must have read some 10,000 books on it, only then will he write it. Similarly, he takes his own time and directs.”

Speaking about Samrat Prithviraj, it has been directed by Dr. Chandraprakash Dwivedi, who is best known for directing the television epic Chanakya and the critically acclaimed film Pinjar. The film will see the launch of the ethereally gorgeous debutant Manushi Chhillar, who plays Prithviraj’s beloved, Princess Sanyogita. The film is set to release on June 3 in Hindi, Tamil, and Telugu.

ALSO READ: Yash Raj Films gives a FREE HAND to exhibitors to allot shows to Akshay Kumar-starrer Samrat Prithviraj in Week 2 as per the film’s performance in Week 1; exhibitors react to this development