Earlier this weekend, we had reported that Deepika Padukone has confirmed that she has joined the cast of '83. The actress will be seen as the wife of Ranveer Singh in this cricket biopic. Ranveer Singh essays the character of Kapil Dev and Deepika will be seen as the Indian skipper’s wife Romi Bhatia. Interestingly, in current reports, Deepika has confessed that she has known Kapil Dev and his family for long. 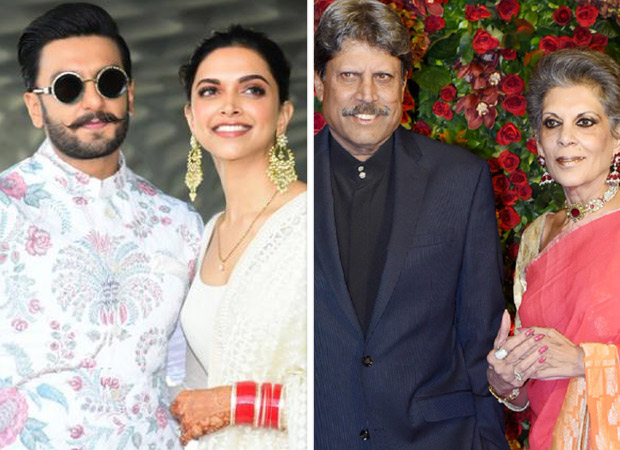 In recent reports, Deepika Padukone revealed that she has a lot of material on Romi Bhatia and hence it is easy for her to do research for the forthcoming film. While the film will be completely focusing on the 1983 World Cup, the role of Deepika will be a small but crucial one for the film. Coming to the research that she will be doing for the film, Deepika maintained that she will be spending some time with Romi before she starts shooting for the film in order to understand her perspective better.

Interestingly, Kapil Dev and Romi Bhatia had also attended the Ranveer Singh – Deepika Padukone reception. Considering that Prakash Padukone is a star badminton champ, it doesn’t come as a surprise that the two families share a rather friendly camaraderie.

This is the first film of Ranveer Singh and Deepika Padukone together after marriage and DeepVeer fans are eagerly waiting to see their chemistry as onscreen husband and wife!

As for '83, the film is directed by Kabir Khan and stars actors like Saqib Saleem, Tahir Raj Bhasin, Chirag Patil, Ammy Virk, and Hardy Sandhu amongst others who play the role of other cricketers in the film. The cricket drama is slated to release on April 10, 2020.