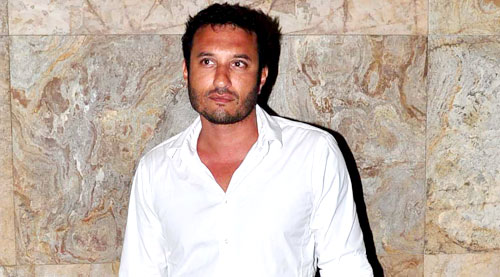 Finding Fanny could well be called as Homi Adajania's love child. Carrying this dream for last so many years and realizing it only after delivering a major commercial and critical success in the form of Cocktail, Homi was sure that he would be moving on to his next only after taking the journey of Finding Fanny. Pun intended!

Well, he turned lucky after all as for his experimental film that defies all norms and still aims to break into the commercial circuit, he has star power at his disposal. With Deepika Padukone as well as Arjun Kapoor providing him and his film unconditional support, Homi is aiming to reach out to his target audience and impress them with his brand of cinema.

You are often being hailed as a director who got the best out of Deepika after Cocktail. Has she taken a further leap with Finding Fanny too?

For sure. Also it is in English, which Deepika has never acted in before. It is far more subtle than a Veronica (the character in Cocktail) but I feel that is what makes it harder. To be convincing as a character when you are doing less is difficult. I am very proud of her performance because Deepika Padukone has gone pound-for-pound with veterans like Dimple, Naseer and Pankaj and she has managed to hold her own.

Wasn't making the film in English a risk though? Or was it a deliberate attempt to not quite play safe?

I wrote the script in English and it was the organic language that the characters speak. So for me to try and change this seemed like a force-fit which pretty took away from the tone of the narrative.

Arjun has his own distinct way of acting in the limited films that he has done so far. How does that come to the fore in Finding Fanny? Or is there a different him, which would be seen?

Very different! I think he struggled a bit initially because his idea of throwing away a line and mine were very different. He felt like he was doing nothing and once he realized that was exactly what I wanted; he grasped the pitch of his character perfectly.

Cocktail stays on to be one of the biggest critical and commercial successes for a film which explores modern India. Weren't you tempted to take an out and out commercial route with your next as well?

Not at all. Commerce has never really dictated what I do and I hope it never does. I was made some very attractive offers after Cocktail and yet chose to make Finding Fanny for a token because I needed to get it out of my system. Success for me is being happy and no amount of money can buy that in the long run.