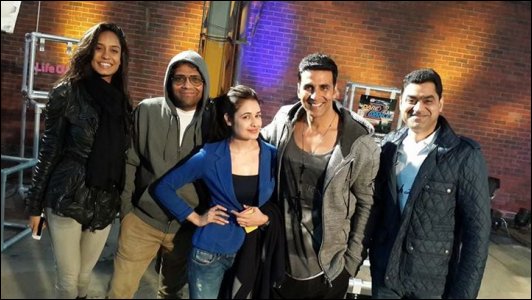 Recently we had reported that Akshay Kumar and Lisa Haydon had commenced shooting for the remake of the 1982 Basu Chatterjee film Shaukeen. The film titled The Shaukeens features Akshay Kumar, Lisa Haydon, Anupam Kher, Annu Kapoor and Paresh Rawal and is being directed by Abhishek Sharma.

Interestingly, The Shaukeens despite being an official remake of the 1982 film, will feature only the essence of the original while the script and characters have undergone changes to suit the current times. Being produced by Grazing Goat Pictures the film is slated for release on November 7, 2014.