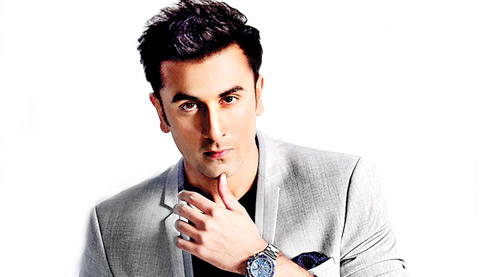 I watched you in Roy with a sinking feeling. I had felt the same 18 months ago when your last film Besharam hit the theatres.

Where is the Ranbir Kapoor that we all hailed as the Next Best Thing? In his place we see this cocky arrogant Rajesh Khanna avatar who seems to suggest he knows it all.

Sorry to say, you seem to be doing the camera a favour by agreeing to appear in Roy. It's a very sad thing to see. Because we all looked upon you as the future of Bollywood. We still do. Your confidence before the camera and your understanding of the craft were unparalleled. They probably still are. But for now, self-confidence has now turned into a cocky boredom.

I saw that dismaying transformation in my favourite actor Rajesh Khanna when from the endearing Anand he went to the hammy and implacable Robert of Anokha Rishta within a decade.

Your transition from riveting to unyielding has been pretty sudden. What gives, Ranbir? Wrong selection of scripts, perhaps. Even Abhishek Bachchan has been guilty of choosing wrongly. I've repeatedly advised him to consult his illustrious father before saying yes to a film. I advise you to do the same. Your dad, the amazing and versatile Rishi Kapoor spawned eras earlier, has gone from Bobby in the 1970s to Hum Kissise Kam Nahin in the 80s to Bol Radha Bol in the 90s to Agneepath in present times, all within 40 years career. He has never shied away from attempting a makeover when it was demanded of him.

You too have inherited your dad's yearning to constantly try new characters. But somewhere in a very short span of time that spark which ignited the frames whenever you walked into them has dimmed. As far as I can see, the quality which has gone out of your performances is... vulnerability. No matter how virile or rugged Sanjay Dutt appeared on screen-and I mention Dutt because you're playing him in Raj Kumar Hirani's film-he always retained that core of vulnerability which brought him close to the audience and kept him there.

That quality has disappeared from your performance. Hopefully it's a temporary absence. Maybe we'll see you return to the supremely amiable performing form of Wake Up Sid in your forthcoming films. But I must confess I am not too hopeful. Both Anurag Kashyap's Bombay Velvet and Anurag Basu's Jagga Jasoos are troubled over-budget delayed projects. You have expressed unhappiness with both projects to your close friends.

We can only hope that there is a project around the corner which will rekindle the fire of excellence in you that makes you the pioneer of a new movement of actors in Bollywood, a movement that has now been carried forward by Ranveer Singh, Arjun Kapoor, Varun Dhawan and Sushant Singh Rajput.

Sadly some of these actors are doing better work than you these days.

So Ranbir Kapoor, do look for the heart that's gone missing from your remarkable craft.

And yes, do ask Dad.