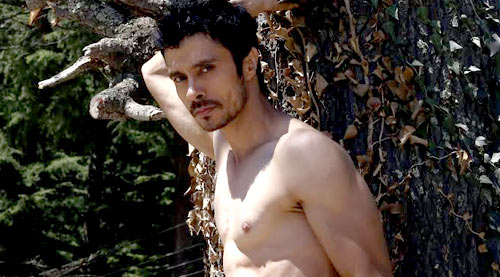 Darshan Kumar who was incredibly convincing as Priyanka Chopra's to-good-to-be-true husband in Mary Kom is now going for the kill.


In his second film NH10, he is cast in a completely antithetical role of a despicable criminal who torments and brutalizes the heroine Anushka Sharma.


Laughs Darshan, "No two roles can be more dissimilar. If women loved me in Mary Kom and thought of me as the ideal husband, in NH10 I play the kind of man who is every woman's nightmare."


Apparently, there are scenes where Darshan who was the epitome of chivalry in Mary Kom brutalizes Anushka Sharma to the extent that the actor cringed while performing the scenes.


The affable actor remembers the ordeal of entering the other world of diabolic machismo. "It wasn't easy. I had to completely change my attitude towards women. I had to convert my mindset from that of a considerate compassionate man to a man-monster."


Since Darshan was playing the two characters in Mary Kom and NH10 simultaneously he would frequently prepare for one part on the set of the other. "While shooting for Mary Kom I'd be standing in a corner screaming ranting and pounding the wall for my next scene in NH10. Everyone looked at me rather suspiciously."


Disappointment was in store when Darshan didn't get a single Best Debutant award at the popular awards this year. "I was nominated at all the awards. But most of them went to Tiger Shroff. I can't deny I was disappointed. But my ultimate praise came to me from my guru Naseeruddin Shah who said he loved me in Mary Kom. Naseer Saab is not one to shower empty praise on anyone. So to me Naseer Saab's praise was the biggest award."