Salman Khan is busy with the shooting of his next film, Dabangg 3. The filming began on April 1 this year and since then they are on a tight schedule. As the second schedule began in Mumbai and the actors are working hard towards completing the film. And recently the villain of the film, South actor Kiccha Sudeep joined the cast. 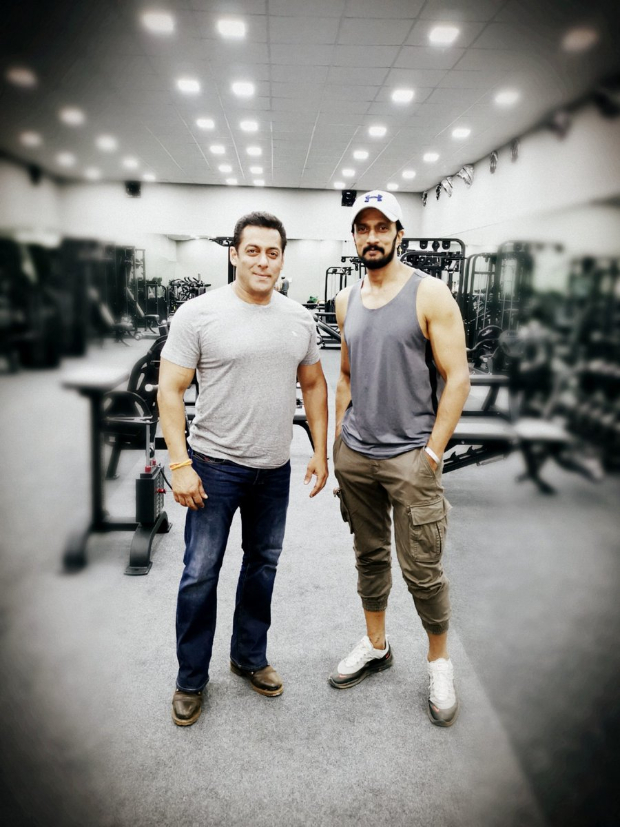 Kiccha Sudeep revealed that this past weekend was his first day on the sets of Dabangg 3. Not only the weather was too hot, but it was also hectic day on the sets as well. But, he revealed that there is on location gym set up as for the stars. Sharing a picture with Salman from the gym, he wrote, “Heat was unbearable yet couldn't dominate the energy on set,,,, it was a thrilling day,, fabulous unit,, fantabulous people,,,,, a humongous Gym set up on Location is an added bonus. 1st day of #Dabangg3 wrappes wth smiles. Thanks @BeingSalmanKhan sir for making me feel at home."