Ranveer Singh completed 8 years in the industry, yesterday and shared a beautiful collage comprising stills from all his past roles. The collage is surely going to take you down a memory lane and it shows how much he has grown as an actor from his debut in Band Baaja Baaraat as Bitto Sharma. His journey from Bitoo Sharma to playing Murad in Gully Boy, Ranveer Singh surely has come a long way in Bollywood. 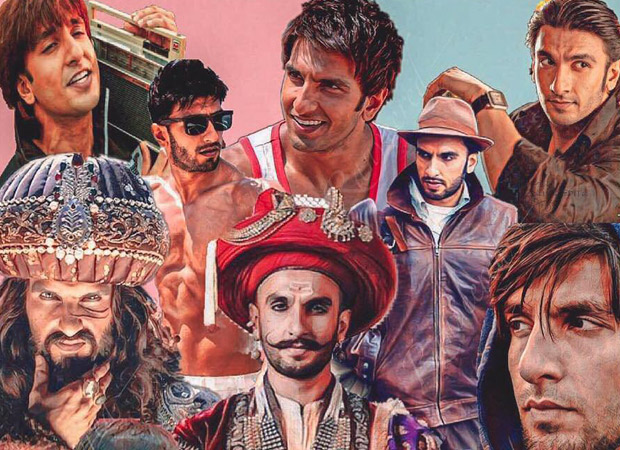 After giving back-to-back hits, he is currently enjoying his time off with wifey, Deepika Padukone, after completing a shooting schedule for his upcoming film, ’83. He will be seen playing the role of veteran cricket legend, Kapil Dev in this Kabir Khan directorial. This multi-starrer is based around the first World Cup won by the Indian cricket team post-independence in 1983. There were insinuations about the film being a Kapil Dev biopic, however, the rumours were rubbished by the director in an exclusive interview with Bollywood Hungama. Take a look at the collage.

Apart from ’83, Ranveer will also be seen playing a Mughal emperor in Karan Johar’s Takht. This mammoth sized venture is also a multi-starrer and has biggies like Kareena Kapoor Khan, Vicky Kaushal, Anil Kapoor, Bhumi Pednekar, Janhvi Kapoor in pivotal roles. Slated to release in 2020, Takht has already created a lot of buzz since its announcement.

Also Read: Ranveer Singh posed for the cover of Rolling Stone with his IncInk squad and it is LIT!