Salman Khan and Priyanka Chopra still aren't on good terms, it seems. The actress had to leave her comeback project Bharat a month before the film went on floor due to her wedding plans with Nick Jonas. Katrina Kaif was roped in soon after that. But, she had very little time to prepare for the role of Kumud Raina. 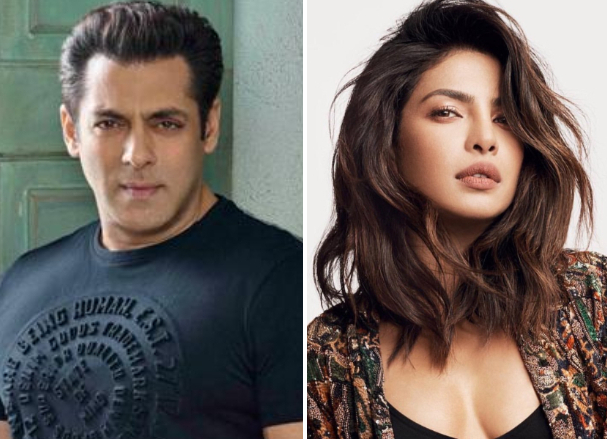 A day ago, Salman Khan, Katrina Kaif and Ali Abbas Zafar held a Twitter chat with fans where they answered some questions related to Bharat. When a fan asked Katrina about her role and how did she prepare for it, she said, “I had two months to prepare once we cracked the physicality and hair, everything fell in place.”

Salman Khan was quick to jump in the conversation and took a dig a Priyanka Chopra again by saying, "Priyanka did not give us much time.”

Katrina further said, "There were distinct sections in the film from the year 1975 to 1990 (when her character enters the film) and then 2010. At least it was clear from these three distinct portions where you are going to see the change in the character's age, which was very helpful. The important thing was to get the body language right for the older portion, and to see the mindset of that age.”