Well, it is a known fact that the Khans are in London since last month. Kareena Kapoor Khan and Saif Ali Khan, who had taken off to the Queen’s city for their respective films, decided to turn it into a family trip of sorts before they dived into shooting! Despite the fact that the two of them are busy shooting for Angrezi Medium and Jawaani Jaaneman respectively, the two actors take out time for each other, their son Taimur Ali Khan and their loved ones and they were recently enjoying their weekend in the England capital. And this video of the Khan family is definitely garnering a lot of attention. 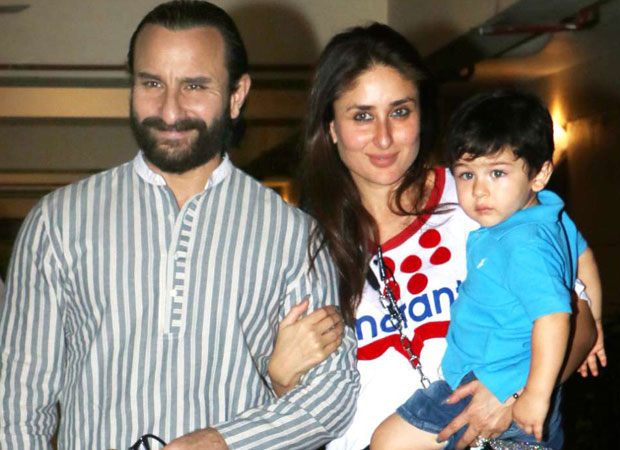 The said video features Kareena Kapoor Khan in a pristine white dress as she poses with her little fans and is all smiles for the camera. Amidst that, our attention is automatically diverted to the cutie patootie behind which is Taimur Ali Khan who is running into the arms of his father Saif Ali Khan as his grandfather Randhir Kapoor looks on! It doesn’t come as a surprise that fans are more than happy to see the broad smile on Taimur’s face and that the little one always become the cynosure of lenses. Here, have a look at the video:

#kareenakapoorkhan snapped today in London with sweet little fans. And #taimuralikhan is looking so happy ❤

Besides the Khans, the Kapoor family which includes father Randhir Kapoor, mother Babita and sister Karisma Kapoor too are currently enjoying in London. In fact, Kareena was seen spending time with all of them during her recent trip and Saif too was snapped during a few family outings and party.

Coming to films, as mentioned before, Saif Ali Khan is shooting for Jawaani Jaaneman that also marks the Bollywood debut of Pooja Bedi’s daughter Aalia F. On the other hand, Kareena Kapoor Khan will be seen as a cop in Angrezi Medium that also stars Irrfan Khan, Radhika Madan and Dimple Kapadia.